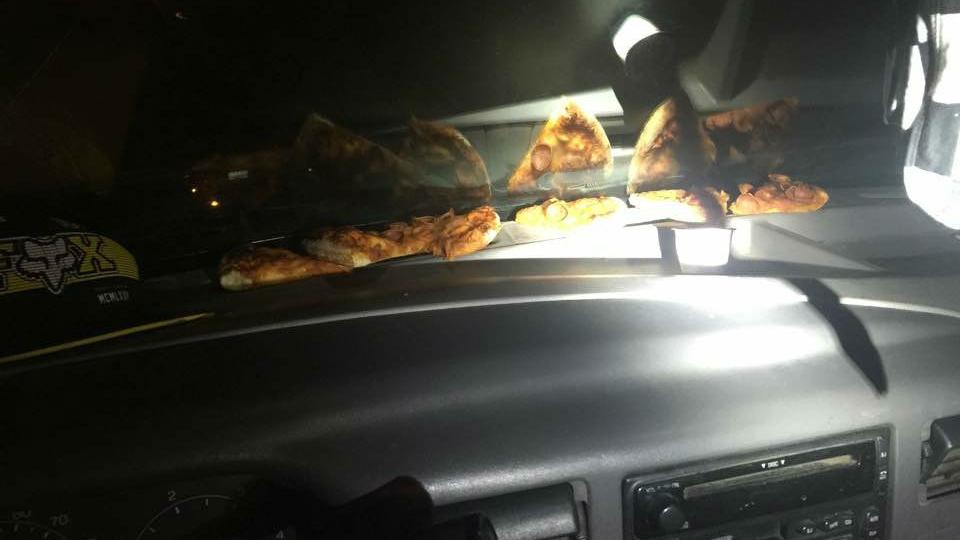 Last week two arrests were made in Sturtevant for impaired driving by the same driver.

The 25 year old operator failed field sobriety testing and was arrested for what will be his second offense of drug impaired driving.

Fifteen minutes after he was released to a sober driver officers discovered a man back inside his car warming up his pizza on his dashboard. He was leaving the area.