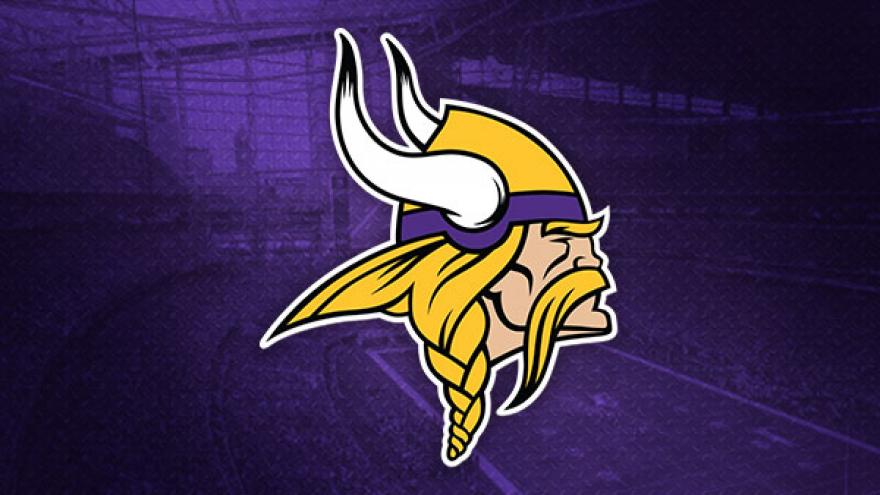 MINNEAPOLIS (AP) — As Case Keenum convened the Minnesota huddle with 10 seconds left, the situation staring down the Vikings was as simple as it was daunting.

With the go-ahead field goal by the New Orleans Saints that silenced this deafening stadium still fresh in the air, the Vikings were well beyond any moment of anxiety. All that was left for Keenum to do on that last snap was to throw the ball up like he used to do in his Texas backyards and hope for the best.

Keenum completed his last-ditch heave near the sideline Sunday on the game's final play to Stefon Diggs, who slithered away from the Saints for a 61-yard touchdown to give the Vikings a 29-24 victory and a spot in the NFC championship game at Philadelphia.

"At that point, I'm just a kid throwing a football to another big kid," Keenum said with a smile, "and he just runs and scores."

One more win, against the Eagles, and the Vikings will become the first team to play in a Super Bowl on their home turf. Instead of the usual win-or-go-home stakes, they're in a win-and-go-home situation.

"It never ends that way," Diggs said. "Usually, it's reality. It's life. So things go and you walk home and worry it about tomorrow."

Instead, Drew Brees and the Saints were the ones trudging off the field in defeat.

"We're still a bit shell-shocked after what happened there at the end," said Brees, who steered the Saints in position for Wil Lutz's 43-yard kick with 25 seconds remaining that punctuating a forceful rally from a 17-point deficit that stood until 1:16 was left in the third quarter.

The field goal was set up by a fourth-and-10 completion by Brees to Willie Snead for 13 yards to the Minnesota 33 with 40 seconds left. Brees connected with Michael Thomas for two of his three touchdown passes in a span of 3:09 that spilled into the fourth quarter. The second score was set up at the Minnesota 40 by an interception by Marcus Williams, when an off-balance throw into traffic by Keenum served as his one costly moment of recklessness, a "bonehead play," as he put it.

Keenum settled back in. He guided the Vikings to two more field goals by Kai Forbath, including a 53-yarder with 1:29 left that was his third of the game against his former team and gave them their lead back after a blocked punt by George Johnson had set up the Saints for a touchdown pass by Brees to Alvin Kamara.

Then came the play that put Keenum and Diggs in permanent rotation on the NFL's all-time highlight reels.

"We knew there was still a possibility, still some hope," Keenum said.

This wasn't quite Franco Harris and the Immaculate Reception for the Pittsburgh Steelers in the 1972 playoffs, but these Vikings are on some kind of special path after turning to Keenum in the second game of the season after original starter Sam Bradford was sidelined by a knee injury.

The Vikings were out of timeouts and nearly out of options when Keenum dropped back from his 39 and threw high into a crowd. Diggs jumped in front of Williams, who rolled awkwardly underneath Diggs during an ill-fated attempt at making a low tackle.

Devastatingly for the Saints, nobody was behind him in the secondary, as Diggs made sure to note right before he made the break on his route during the play the Vikings, believe it or not, call "Seven Heaven."

Diggs kept his balance as he landed, kept his feet in bounds and kept on running untouched into the end zone as the crowd at U.S. Bank Stadium erupted with euphoria. Keenum raced around the field, looking for anyone to hug.

"I'm shocked. I don't know what else to say. This is the first time ever I'm out of words," Vikings defensive end Everson Griffen said.

Keenum, the undrafted and undersized all-time leading passer in NCAA history who was making his first career playoff start and has long looked up to Brees, was having a hard time finding the words to describe the experience. He finished with 318 yards, going 25 for 40, with Diggs catching 137 yards on six catches.

"A heck of a game, wasn't it?" head coach Mike Zimmer said. "And the good guys won."

Diggs was still in full uniform when he took the podium for his postgame interview, the ball from the winning catch resting safely in front of him on the lectern.

"It's plays like this that you dream about your whole life," he said, "and it finally happens."