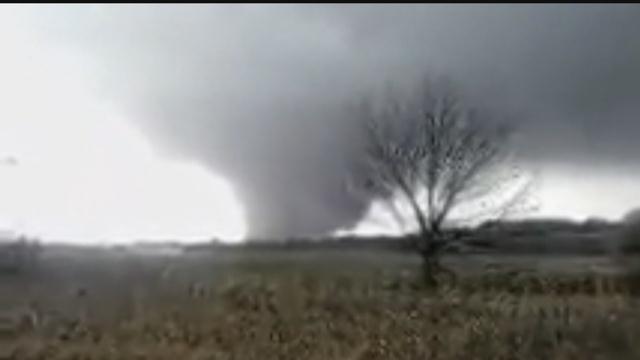 New disturbing research shows the average number of tornadoes per outbreak  has grown by more than 40% over the last 50 years.  Also, the likelihood of extreme outbreaks, those with multiple tornadoes, is also greater.

The study's authors say they don't really know the cause of what's happening.  However, one big belief is this is the cause of global climate change, more specifically global warming.

For this research, scientists calculated the mean number of tornadoes per outbreak for each year as well as the variance, or scatter, around this mean.  They findings do show while the total number of tornadoes rated EF1 and higher each year hasn't increased.  But the average number per outbreak has, rising from about 10 to around 15 since the 1950s.

Extreme outbreaks have become more frequent because of two factors, the experts say.  First, the average number of tornadoes per outbreak has gone up.  And secondly, the rapidly increasing variance, or variability, means the numbers well average are more common.

Over the last decade. the insurance industry has covered an average of $12.5 billion in insured losses each year.