Study: A third of U.S. adults don't get enough sleep 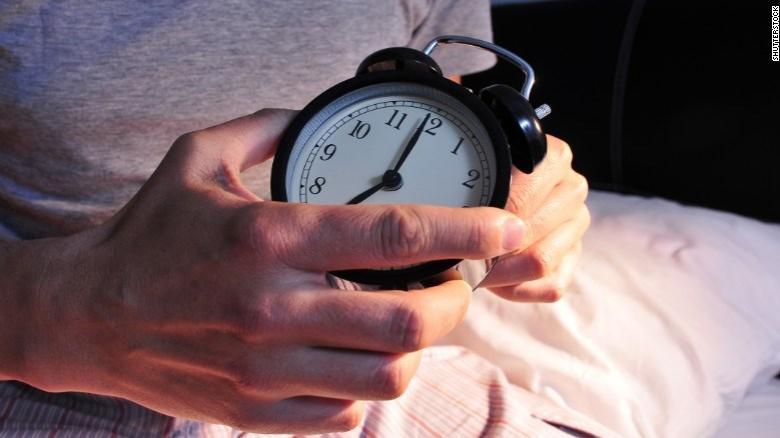 (CNN)You've heard it before, and you'll hear it again: Despite repeated recommendations for adults to sleep at least seven hours each night, a new study shows that more than one-third of us are not getting enough shut-eye. And they've pinpointed which states are the most sleep deprived.

The CDC study analyzed data from the 2014 Behavioral Risk Factor Surveillance System to determine whether adults are getting enough sleep. The survey respondents included 444,306 people in all 50 states and the District of Columbia. Researchers found that more than one-third of the adults reported sleeping less than seven hours in a 24-hour period.

Research has shown lack of sleep is associated greater risk of obesity, diabetes, heart disease, mental illness and other chronic conditions. The Centers for Disease Control and Prevention has even called inadequate sleep a public health problem.

Adults 18 to 60 years should be sleeping at least seven hours a night, according to the Academy of Sleep Medicine and the Sleep Research Society, which are sleep-related professional associations."People just aren't putting sleep on the top of their priority list," said study author Anne Wheaton, PhD, an epidemiologist at the CDC. "They know they should eat right, get exercise, quit smoking, but sleep just isn't at the top of their board. And maybe they aren't aware of the impact sleep can have on your health. It doesn't just make you sleepy, but it can also affect your health and safety."

The study results suggest the need for public awareness and education about sleep health and workplace policies that ensure healthy amounts of sleep for shift workers, according to the study. Health care providers should also discuss the significance of healthy sleep duration with patients and identify why they aren't sleeping enough.

This study was the first to look at sleep hours on a state level, said Wheaton, which allowed them to map which states got more sleep than others.

State- and county-level data is important because it helps public health departments "see where the problem is most severe," said Wheaton.

For the past decade, about one-third of adults have consistently reported not getting enough sleep, according to Wheaton. She emphasized the importance of establishing good sleep habits, such as going to bed and waking up at the same time each morning; having a good sleep environment, where the bedroom is dark and at a good temperature; removing electronics from your bedroom; avoiding big meals, caffeine, and alcohol before bed; and exercising regularly.

If you're following these guidelines and are still having sleep issues, Wheaton suggests speaking with a physician to see if there is something else that needs to be done.

"It's a public health problem," said Wheaton. "The reason we are trying to draw attention to it is that first it affects such a large proportion of the population and second that it's tied to so many health conditions that are such a big issue."