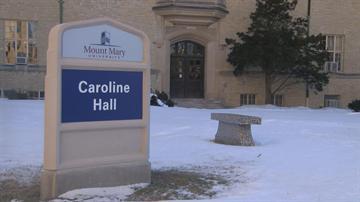 MILWAUKEE-- Police arrest a man they say threatened a student with a gun in her dorm at Mount Mary University.

The man was arrested around 11:30 p.m. while walking a short distance from the campus. He had a semi-automatic gun with him that he allegedly used earlier to threaten the 20-year-old woman .

Police said that the man entered the woman's room without her permission, but that they did know each other.

Police locked down the dorm for a short time, while they searched for the suspect.

No one was injured and no shots were fired.