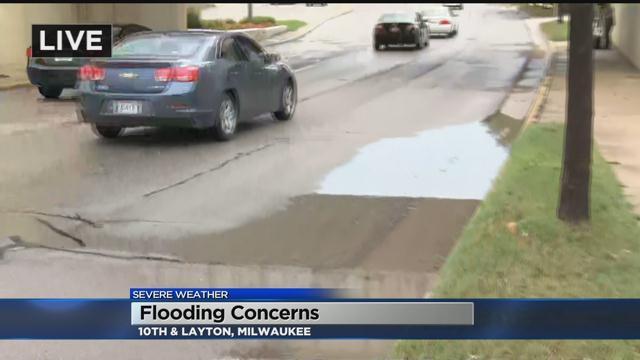 A Milwaukee Public Works Department truck is standing guard at the scene of a street flooding which stranded a local motorist Tuesday afternoon.

It happened during heavy rain near 10th and Layton.

DPW employee says flooding caused by a creek overflowing about three blocks away is to blame.

One lane of the road was blocked when a car was flooded out.

The driver said he was shocked when his car stopped moving and he stepped outside into knee deep water.

The water receded by four in the afternoon, with officials still concerned if more rain should fall anytime soon.