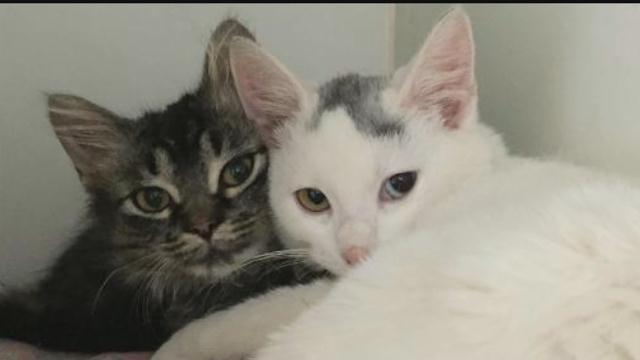 A bill in Madison would shorten the amount of time shelter animals could be held.  Opponents fear it would lead to earlier euthanasia, but shelter operators say the legislation is aimed to save the lives of more animals.

Shelters say after four days there is a one-percent chance the owner will ever come for their pet.

After seven days, shelters have three options can send it to another shelter put it up for adoption or euthanize it.

A bill aims to change that time requirement from seven days to four and advocates for the bill say that will save animal lives.

"I guarantee you that there's not going to be any additional animals euthanized because of this."

She's joined by leaders from the Milwaukee Humane Society in pushing to cut back on the time a shelter needs to keep a stray animal.

"We all have this concept from childhood that animals in shelters get killed when their time runs out. That hasn't been true in Wisconsin for decades but we grew up with that idea. If you're not doing the work every day you might still think that. In fact it's crowding today that kills animals and it's long stays,” said Sparapani.

But groups like Lost Dogs of Wisconsin oppose the required stay length part of the bill.

They're using social media to encourage people  to call lawmakers to oppose it.

"All you really need is a computer and a Facebook account and an imagination of what could go wrong.. and suddenly you could get people writing to their legislators... and there are a few very loud voices out there."

Since she took over in 2012, euthanasia rates have fallen while reuniting pets with owners and adoption rates have gone up.

Just yesterday Representative Nick Milroy went from a co-sponsor of the bill to opposing it because he got so many calls from people upset about it.

It passed through an assembly committee on Tuesday.