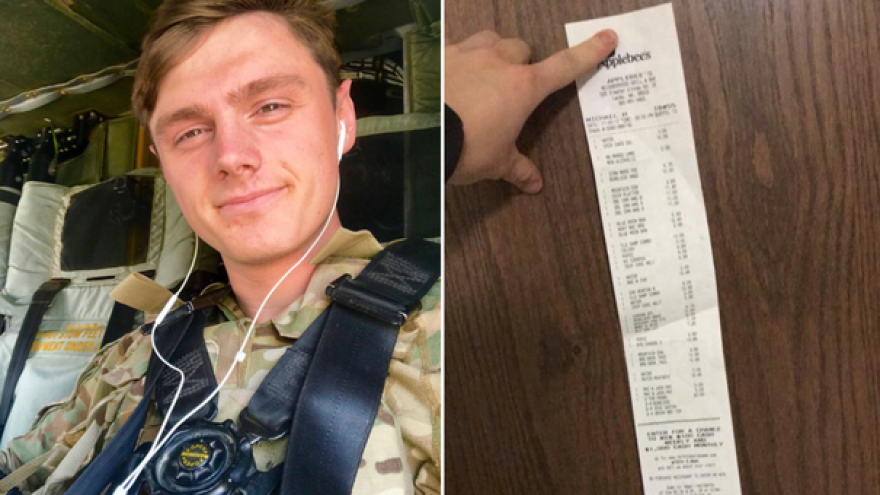 CBS NEWS -- Every Thursday, like clockwork, Army Spec. Scott Stranne and a group of about 20 friends get together to ride their motorcycles and catch up.

It has been their routine since the motorcycle group started nearly two years ago. But when Stranne was deployed for his first tour in Afghanistan in March, the group had to continue the tradition without him.

"Him being one of the main people in the group and leaving -- it was pretty hard," Stranne's friend, Kyle Davis, told CBS News. "We still tried to include him, calling him on Facebook video chat. He was in very, very, very dangerous areas."

The first day Stranne landed in Afghanistan, he got a call from Davis who told him one of their close friends from the group died in an accident.

"That was heartbreaking. I was concerned about coming back to less people," Stranne told CBS News. "We definitely miss Chris. He was a fantastic guy."

Last week, Stranne returned home, determined to pick up right where he left off.

So on Thursday, Stranne once again joined his group of friends for a ride and a bite to eat. They ended up at an Applebee's in Lacey, Washington.

"It was like a welcome home thing, so I could see everyone," Stranne told CBS News. "Some new people in the group asked me about Afghanistan."

Toward the end of the meal, a waiter walked over to the group, asking to speak with the "returning soldier from Afghanistan."

"We were all just hanging out, trying to keep quiet and keep it down. We were having a good time," Davis said. "There was a couple sitting right behind us."

At first, Davis and a few friends thought they were going to get scolded for being too noisy -- but then the waiter handed Stranne the check.

To Stranne's surprise, the bill was already paid for.

"This couple wanted to anonymously donate $300 toward your meal," the waiter explained. "Right now, it's $260."

"I got chills; it was just awesome," Stranne said. "An instant sense of gratitude overcame me."

It has been a difficult seven months for the group of friends, but Stranne and Davis said this act of kindness gave them hope for the future.

"We never expected anything. We greatly, greatly appreciate what they did time," Stranne said. "At a time like this it gives everyone a new faith in humanity. There's still good out there."

Now Stranne is on a mission to find the generous couple so he can thank them in person.

He posted a photo on Facebook, asking friends to spread the word about the good deed. The post has already been shared by more than 130 people.

"I just want to sincerely say thank you," Stranne said.

"We would like to give them as much thanks as we possibly can," Davis added. "There's not a whole lot of support out there. To see that was just absolutely amazing."