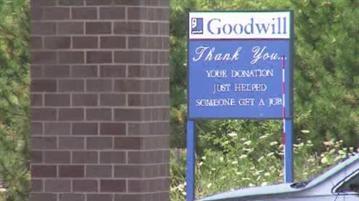 WAUWATOSA -- A Goodwill was evacuated Wednesday morning after the donation center found what they thought was a grenade.

It turns out it was a novelty item meant to look like an explosive.

Everyone was allowed back in after the Milwaukee Bomb Squad gave the all clear.

Snakes, dogs, a loved one's ashes, a sauna, and a signed Reggie White jersey were all given as examples.

They said with any type of live creature donation they contact the local humane society.

If there are items that are flagged by the Consumer Product Safety Commission, Goodwill remove those items for proper disposal

Back in March, at a thrift store in Chicago, a .22 caliber hand gun was found in a sock.

The gun accidentally discharged and shot someone.

Goodwill said they will call police if needed.

At the end of the day, the items sold all go to their mission of helping others and getting people back to work.
GOODWILL: HOW TO DONATE
Share this article: