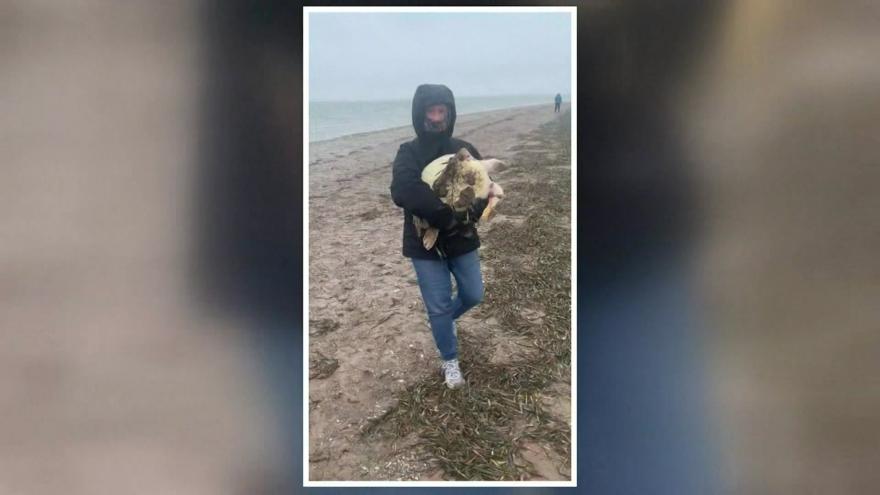 TEXAS -- Amid the tragedy happening in Texas, we're hearing what some good people from Wisconsin are doing in the state.

A group from Neenah, was spending time in south Texas trying to escape the winter weather here. But when they got there they found thousands of turtles stranded on the beach.

The group was able to fit eight of the turtles in a car.

Rescuing the sea turtles, with the largest one weighing about 150 pounds, was no easy feat as they were in an area surrounded by mud.

Several vehicles ended up getting stuck and needed to be towed.

"The way the wind was blowing, it was blowing all the poor guys into this remote area, which was very hard to access," said Dave Schaller, who helped rescue the turtles.

"It was unbelievable. The turtles on the shore helpless, we just wanted to cry looking at it," said Rhonda Clancey, who also helped rescue the turtles.

The Texas Wildlife Department said the turtles became stunned when water temperatures dropped, and they became unable to move to deeper water.

The turtles are now at a convention center to warm up.