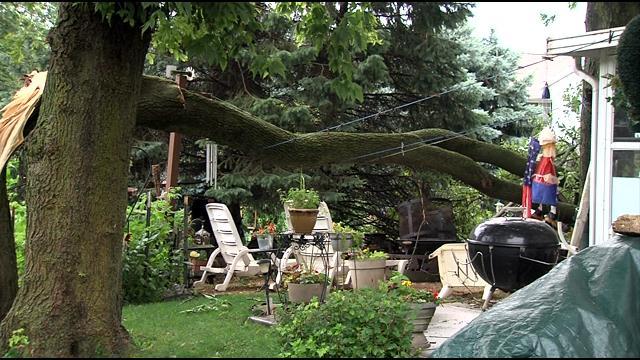 Between 4 and 6 am, many of you received a rude wake up call from Mother Nature.  Intense thunderstorms with heavy rain and winds more than 60 mph, in some cases, raked across practically the entire viewing area.  Columbus in Dodge County took the brunt of the storms.  Those winds brought down numerous trees and power lines.  Many customers still had no power as of Monday evening.  A Red Cross shelter was even set up in this region.

And as mentioned, the southern tier of southeast Wisconsin was also impacted, including Kenosha and Racine.  Some viewers we spoke with say they're grateful to have warnings alerted on their smart phones, especially in the middle of the night.