STOMP Partnering with Hunger Task Force to STOMP Out Hunger 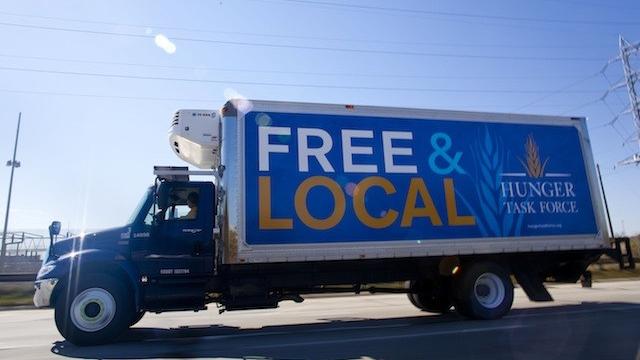 The Milwaukee Theatre is partnering with Hunger Task Force to STOMP Out Hunger during the February 25 performance of STOMP, the international percussion sensation.

STOMP has made it its mission to partner with food banks across the country to end hunger. It is dedicated to raising awareness of the heightened need of food charities across the country by sponsoring nonperishable food drives and donating ticket proceeds in as many cities as possible.

On Thursday, February 25, this eight-member troupe will WOW concertgoers with its use of unconventional percussion instruments – matchboxes, wooden poles, brooms, garbage cans, Zippo lighters, hubcaps – to fill the stage with magnificent rhythms at the Milwaukee Theatre.

Concertgoers are encouraged to bring jars of peanut butter to help feed hungry kids. Hunger Task Force will be collecting donations at the entrance. In addition, a portion of the ticket sales will benefit local food pantries, homeless shelters and meal programs.

"We are grateful to the folks at STOMP for supporting Hunger Task Force when it performs at the Milwaukee Theatre. We encourage everyone to bring peanut butter donations to feed local families. With Milwaukee’s child poverty rate being nearly double the national average, we need your help,” said Sherrie Tussler, Executive Director of Hunger Task Force.