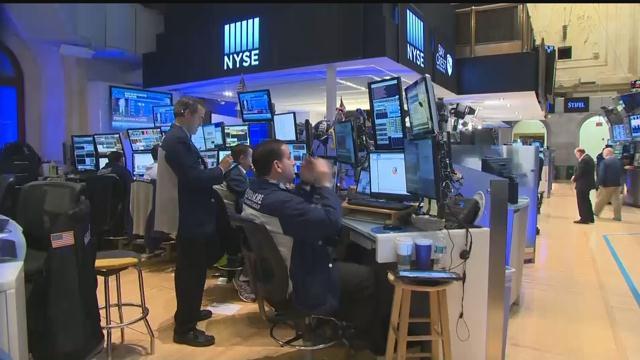 (CBSNews) U.S. stocks caved as Wall Street joined global markets in a collective rush from risk assets in the wake of Britain's vote to depart the European Union.

"Europe is an important economic center. Europe matters quite a bit to the global economic picture," Jim Russell, a principal and portfolio manager at Bahl & Gaynor, told CBS MoneyWatch. "The uncertainty is what the markets are going to react to over the next few trading days."

As market watchers struggled to assess the impact of Britain's historic "Brexit" from the EU, reactions to the unexpected result ranged from predictions that the move assures the U.K. will tumble into recession to projections of a limited fallout for the U.S.

In the immediate aftermath of the vote, the reaction by investors was severe. The British pound fell to its lowest level in more than three decades, and European bank stocks tallied their sharpest declines ever. European equities readied for their worst session since 2008 and gold rallied the most since the financial crisis.

In a statement, the Federal Reserve said it was "carefully monitoring developments in global financial markets, in cooperation with other central banks," after the referendum results. The central bank stands ready to inject "dollar liquidity through its existing swap lines with central banks, as necessary, to address pressures in global funding markets, which could have adverse implications for the U.S. economy."

JPMorgan and HSBC Holdings said the U.K. vote to succeed from the EU could led to them transferring thousands of jobs from London.

U.S. economic data brought bad news for American manufacturers, with orders to U.S. factories for long-lasting goods fell 2.2 percent in May after two months of gains.