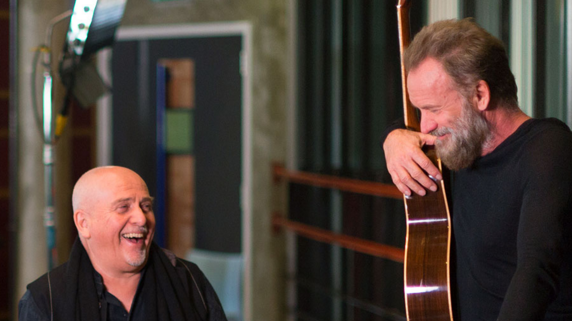 Two iconic musicians will close out Summerfest 2016. Sting and Peter Gabriel will perform at the Marcus Amphitheater on Sunday, July 10.

The concert is part of the “Rock Paper Scissors” tour announced by Live Nation on Tuesday. Sting and Gabriel will sing some of their songs on their own. They’ll sing others together with their bands.

“I’m very happy that we’re taking the chance to experiment this way. I think people will be intrigued, I certainly am,” Sting said.

The two first toured together in the 1980s for Amnesty International. They’re excited about coming together again for this new tour.

“What intrigues me is that you get a good bunch of musicians together and interesting things will happen,” Gabriel said.

Tickets for Sting and Gabriel’s show go on sale Monday, February 1 at 10:00 AM. Those tickets include admission to Summerfest.

Summerfest 2016 runs June 29 through July 3 and July 5 through July 10 from noon until midnight. It’s closed on Monday, July 4.