Still no word on when, or if, controversial Dr. Seuss mural will be taken down 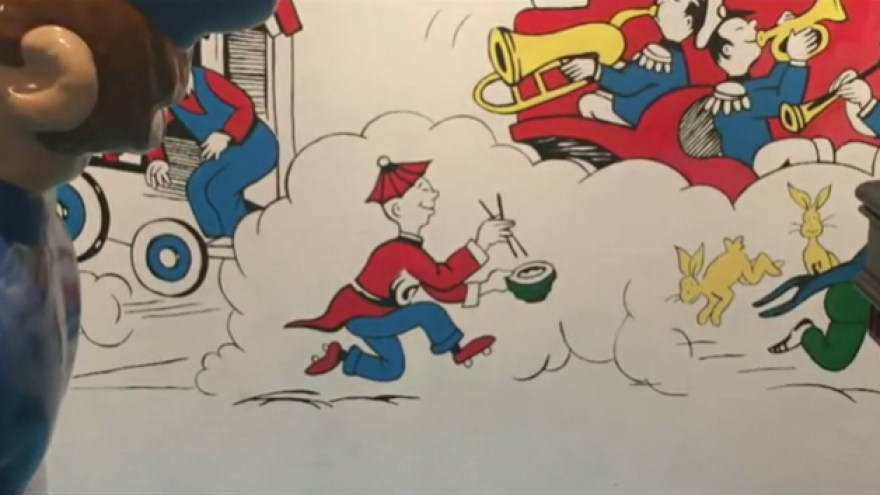 SPRINGFIELD, Mass. (WWLP) – Springfield Mayor Domenic Sarno said he hasn’t received any update on when or if the controversial mural at the Dr. Seuss Museum will be taken down, as Dr. Seuss Enterprises said it would.

The mural became the center of controversy when three children’s authors, Mike Curato, Lisa Yee and Mo Willems, of Northampton, said they would be declining an offer to go to the museum over it. The mural depicts a scene from Dr. Seuss’s first book, “And To Think That I Saw It On Mulberry Street.” In the scene is a Chinese man with a traditional hat, eating noodles out of a bowl with sticks. The authors called it “a jarring racial stereotype.” Supporters of the mural say it teaches us about how things were in 1937 when Dr. Seuss wrote the book.

In response to the authors, Dr. Seuss Enterprises said they would remove the mural. Mayor Sarno has called that response “political correctness at its worst.”

“It’s absolutely ridiculous and I’m hopeful that the Dr. Seuss Enterprises will adhere to what I’m looking to be done,” the mayor said. “I know the board of museum trustees would like to see that also.”

Businessman Peter Picknelly of Peter Pan Bus even offered to buy it and display it in Springfield.

When the authors found out the mural would be removed, they tweeted they would once again go to the museum if they were welcome there.

Mayor Sarno said he hasn’t heard anything new about the mural being taken down yet.

22News has a call out to Springfield Museums to get an update on the status of the mural.