Sterling Brown speaks out after release of arrest video 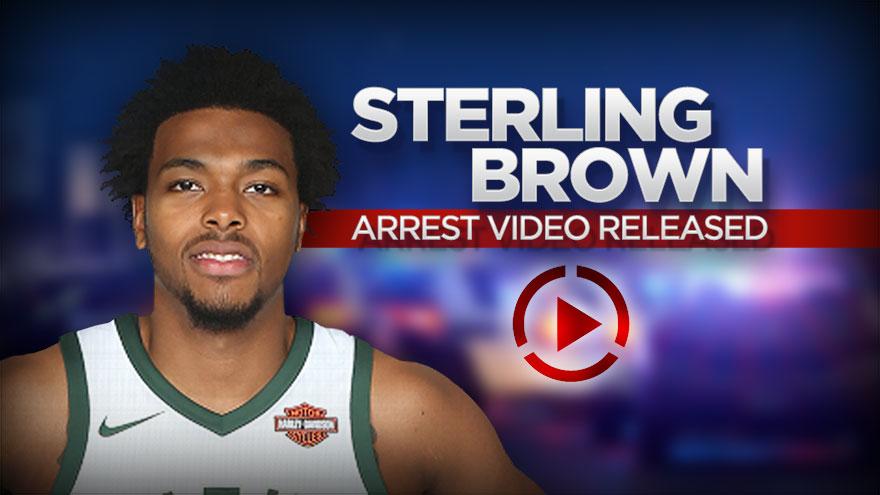 MILWAUKEE (CBS 58) -- Milwaukee Bucks player Sterling Brown is speaking out for the first time since the Milwaukee Police bodycam video of the arrest was released on Wednesday.

Brown spoke to Good Morning America's Robin Roberts in an interview that aired on Friday, May 25.

During the interview, Brown said re-watching the video has only made him angry and that he wants a change in police departments all across the country, "I'm here speaking to you, you know, just to draw attention to it and try to, you know, be that voice and try to help as many people as I can in this situation."

Brown said he was on the ground for about ten minutes after being tased and during that time thought about how he gets home and how he gets to see his family.

He said that for a long time he didn't want the video to be made public because it is "personal business."

"I really didn't want it to come out. I really didn't want the video," Brown said. "It's just personal. Like, it's personal business. You know, as I thought about it more ... I mean I feel like why not? You know, why not be a voice for people who, you know, can't say anything or can't speak up for themselves?"

Brown has decided to pursue legal action against the Milwaukee Police Department. CBS 58 reported on Thursday that misconduct cases like Brown's not only hurt the city's image but also costs the city a lot of money. Since 2015, Milwaukee has agreed to pay $22,132,212 in police misconduct cases.

Milwaukee Police Chief Alfonso Morales spoke with reporters Thursday afternoon saying that the responding officer was suspended for two days, one sergeant was suspended for ten days and another sergeant for 15 days. The names of those officers have not been released.