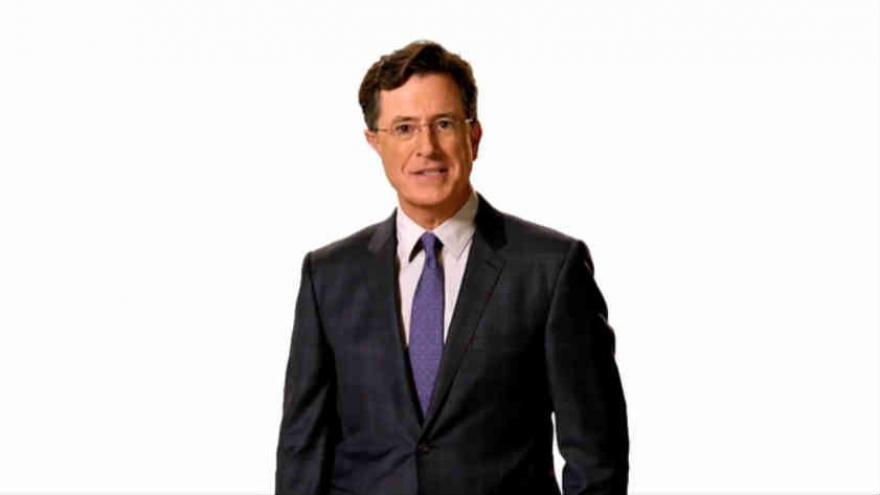 (CBS) -- Nick Kroll visited The Late Show with Stephen Colbert on Wednesday to talk about his new cartoon series, Big Mouth. His new show might be a little mature for some audiences, but he also shared a heartwarming message with Stephen Colbert: We don't go through puberty alone.

Nick Kroll asked me to post a pic of my awkward stage, but I never had one. So here's me lookin' cool as hell! #PuberMe#PuertoRicoReliefpic.twitter.com/UC9a7XtjZa

To prove the point, and spread a positive message about coming through the experience just fine, Nick also shared a photo of his awkward years. And Stephen reciprocated with one of his own—plus a pledge to donate money to Puerto Rico for hurricane relief if celebrities join on Twitter with #PuberMe.

Thank you Stephen. In return, here's me trying to look like a tough guy because I hadn't yet hit #puberme. #PuertoRicoReliefpic.twitter.com/WAzZ6kk6qb

Stephen explained that for each celebrity (he gets to decide) who posts a picture from when they were 13-years-old, he'll donate to Puerto Rico hurricane relief using money raised by The Stephen Colbert AmeriCone Dream Fund. Nick upped the ante and pledged to match what Stephen gives. A number of big names have already taken part in #PuberMe, and you can see many of the posts (and Nick's hilarious responses) on Twitter.

Later in the show, billionaire businessman and philanthropist—and former mayor of New York City—Michael Bloomberg shared his own classic photo:

.@NickKroll & @StephenAtHome asked me to post a photo from an awkward age to support #PuertoRicoRelief. Here’s one I took last year #PuberMepic.twitter.com/6ccgSwNoBB

Watch all-new episodes of The Late Show with Stephen Colbert weeknights at 10:35 p.m. on CBS 58.