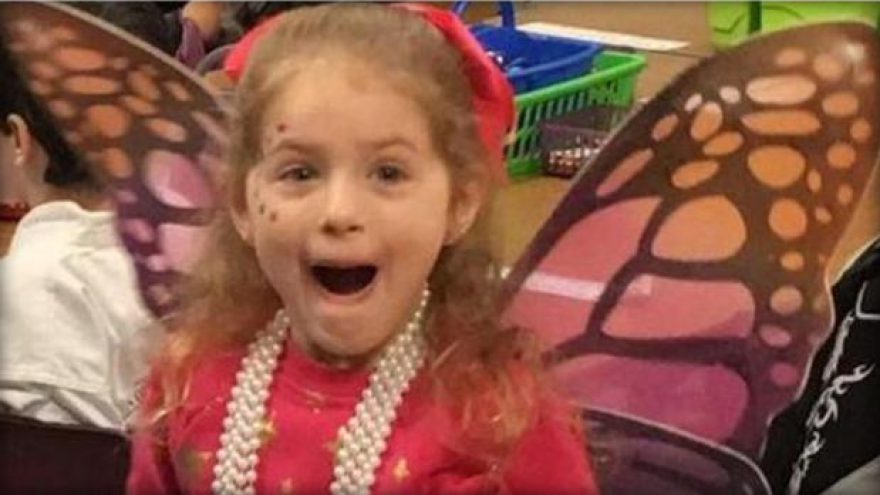 LANSING, Mich. -- A Lansing-area man who told police he killed his 5-year-old stepdaughter after she interrupted his nap and asked for food has been sentenced to life in prison without a chance for parole.

Thomas McClellan of Holt declined to speak in court Wednesday. Judge Joyce Draganchuk said there's no explanation for what happened to Luna Younger last November. The sentence for first-degree murder was mandatory.

Authorities say McClellan told officers he stabbed Luna Younger on Nov. 1 and then set fire to the Lansing-area apartment. During a taped confession played during the trial, McClellan said he killed the girl because she interrupted his nap and asked for something to eat while the child's mother was at work.

"I told her it wasn't dinner time," McClellan told investigators in the, reports the Lansing State Journal.

He reportedly said he tried to get the girl to leave his room, but she sat on the floor.

"It tipped me over the edge," McClellan told investigators, the paper reports. "She gave me more attitude."

That's when he said he fatally stabbed the girl. Prosecutors said he then wrapped the child's body in blankets and paper towels, doused it in vodka and set it aflame in an attempt to cover up the crime, according to the Lansing Journal.

Wednesday, the judge said the public will only "hurt ourselves by dwelling on the why."

Defense attorney Patrick Crowley said it was a "wicked act" but that McClellan isn't a "wicked man."

The child's mother was present for much of the trial but did not attend the sentencing, the Lansing State Journal reports.

"Tom, I forgive you and I pray for you," family spokeswoman Paula McKay said during the sentencing, the paper reports. "And I desire peace and hope for you."

Other family members declined to comment to the Journal after the hearing.