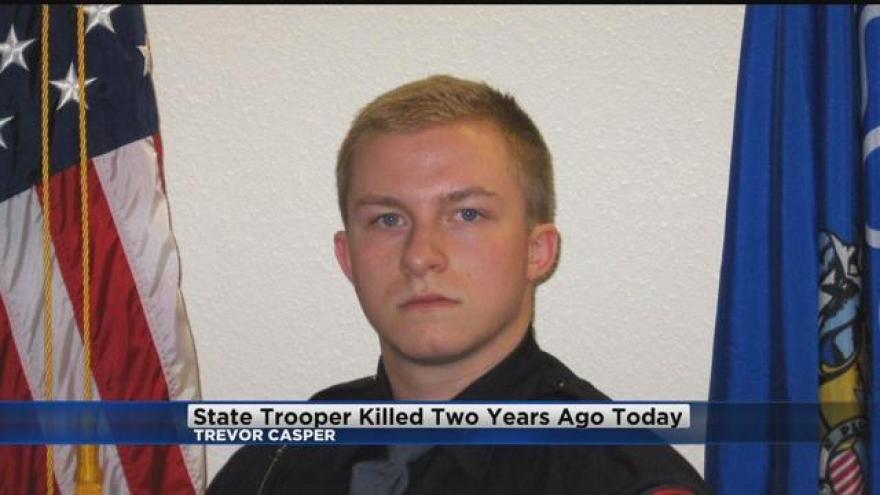 Wisconsin Troopers tweeted out a tribute to Detective Weiland but also remember that two years ago one of their own, Trevor Casper, was killed in the shootout in Fond du Lac.

Casper was on his first solo patrol and had cornered a bank robbery suspect.

He received a mortal wound to the neck but still managed to fire off a shot that killed and stopped the suspect.

Trooper Casper was the youngest police officer killed in the line of duty in Wisconsin history and the youngest sworn member of the Wisconsin State Patrol.