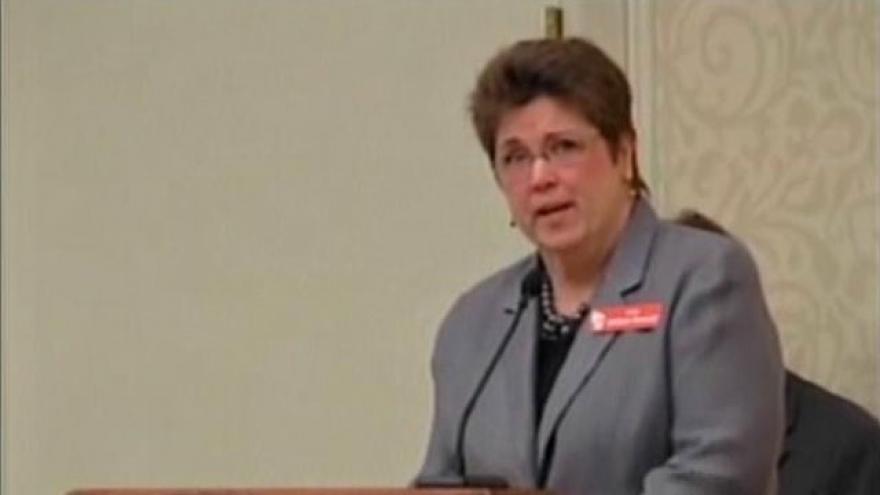 (AP) — Democratic state Sen. Kathleen Vinehout has registered to run for governor, a move she downplayed Wednesday as being more about accounting than officially launching a campaign.

Vinehout, of Alma, filed the paperwork on June 14 to register a campaign committee. She told The Associated Press that despite the filing, she was "absolutely still exploring" whether to get into the race and had not yet made a decision.

Vinehout is one of about a dozen Democrats who are considering getting into the race to challenge Republican Gov. Scott Walker. Many of them are expected to make a decision soon to give them time to raise money in advance of the Democratic primary that's more than 13 months away, in August 2018.

While Walker has not officially announced yet, he has been aggressively raising money. Earlier this month President Donald Trump hosted a fundraiser for Walker in Milwaukee that cost $1,000 to attend.

Vinehout joins political newcomers Bob Harlow and Ramona Whiteaker as the only Democrats to officially register a campaign committee. Harlow, a recent Stanford University graduate, has been busy traveling the state introducing himself to Democrats.

Vinehout said the expense of her travels outside of her western Wisconsin state Senate district forced her to create the gubernatorial committee so she could accurately report what those expenses were for.

She also said she didn't have a timeline for making a decision.

"I'm focused on the budget, which you know is a big mess," she said.

Republicans who control the Legislature have been unable to reach a deal, despite a Friday deadline. Democrats like Vinehout have little say in that ongoing debate.

Vinehout was first elected to the state Senate in 2006. She was one of the 14 Democrats who fled the state in 2011 in a failed attempt to stop Walker's proposal that effectively ended collective bargaining for most public workers.

She then ran in the Democratic primary in the 2012 recall attempt against Walker, but finished in a distant third. She was mounting a run for governor in 2014, but dropped out to heal following a car crash.

Walker campaign spokesman Joe Fadness said that with the lowest state unemployment rate since 1999, "Wisconsin taxpayers and hard-working families are seeing that Gov. Walker's record of standing and fighting for them has our state headed in the right direction."

A Marquette University Law School poll released Wednesday showed Walker's approval rating to be 48 percent, which is the highest it has been since October 2014, just before he was re-elected to a second term. The poll of 800 registered voters conducted between June 22 and Sunday had a margin of error of plus or minus 4.5 percentage points.

Also on Wednesday, the Republican Party launched digital attack ads and a new website against Vinehout criticizing her votes in 2008 to raise taxes and her decision to leave the state during the collective bargaining debate.

Vinehout said that running those aggressive attacks before she's made a decision on whether to run shows how nervous Republicans are about her potential candidacy.