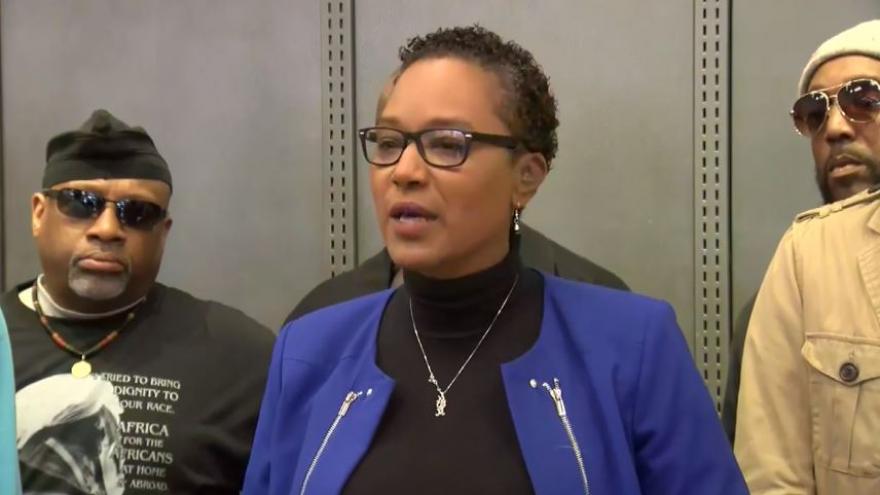 MILWAUKEE (AP) — A black Wisconsin state senator accused of using offensive language in an argument with a bank teller said Wednesday that she's a victim of a "political lynching" and will not quit the Legislature.

Sen. Lena Taylor said her interaction with a Wells Fargo bank teller whom — according to witnesses — she called a "good house (N-word)" during a check-cashing dispute has been mischaracterized. The teller also is black.

"I'm saddened of the rush to judgment. The racism that exists in this community, and if I can be very candid, in the media as well as the (Milwaukee Police Department)," she said while she was surrounded by a couple of dozen supporters in an office building in her district.

The Milwaukee Democrat faces a disorderly conduct citation for the April 6 incident.

Taylor again disputed those accounts and said she used a different word that's similar to "Negro." She says she often refers to friends as "my kind of Negro."

She said the incident "does not speak to my character and who I am" and addressed her political future.

On Tuesday, Taylor was ordered to be trained in anti-harassment policies and management coaching after a former staffer accused her of retaliation and bullying.

Taylor said the accusations are from a disgruntled former employee who was "unwilling to meet the requirements" of the job.

She said the allegations she has recently faced "does not speak to my character or who I am."

"It does not change the way that I fight for my community and the work that I've gotten done," she said.

Today 48° Mix of sun and clouds