State Representative Apologies After Being Arrested for Driving Drunk 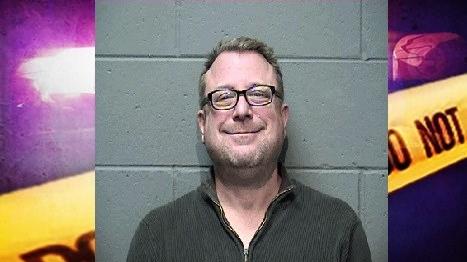 Thursday night at about 8:20 PM, Greenfield Police officers stopped State Representative Josh Zepnick near 68th and Forest Home Avenue for a traffic violation. State Representative Zepnick admitted to the officer he had been drinking. He Failed field sobriety tests and was arrested for DUI.

Representative Zepnick released a statement Friday afternoon admitting to the incident and apologizing for his actions.

Police say Zepnick refused a breath test and was transported to the Greenfield Police Department where he was booked and released to a responsible adult. Police say Representative Zepnick was polite and respectful during the incident and at no time did he identify himself as a member of the State Assembly.

Zepnick's statement says that he fully cooperated with Greenfield Police. Zepnick believed "it is important to be forthcoming and transparent with my constituents about this matter. I am deeply, deeply sorry for the decision I made to drive under the influence."

“I made a critical mistake, and I am embarrassed by my decision. I apologize to my family, constituents,
colleagues, and community members for my inexcusable decision to drive. This incident has made me
confront the need to seek professional help to overcome problems affecting my judgment."

In his statement, Representative Zepnick said that his family has, "learned first-hand through tragedy the dangers and recklessness of drunk driving."

In 1990, Representative Zepnick’s sister was struck and killed by a drunk driver while riding her bicycle in Greenfield.

“A few of us still remember the aftermath of Jamie Lynn Zepnick's tragic death,” said Greenfield Police Chief Brad Wentlandt. “Representative Zepnick’s arrest reminds us of the pervasive problem of drunk driving in our State.”

Zepnick said he will remain a committed advocate for reforming and strengthening Wisconsin’s drunk driving laws.