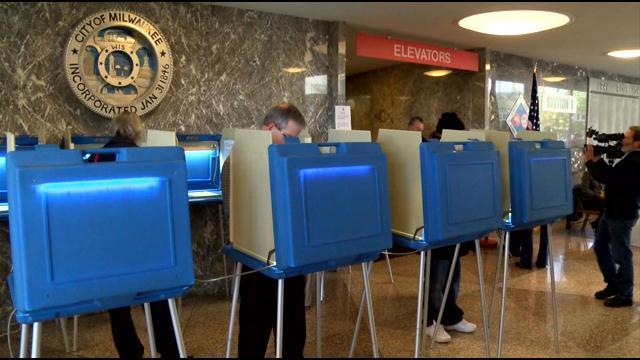 Voters who want to avoid long lines on Election Day, Tuesday, November 4, have one last chance to do so.

Early voting in Wisconsin ends Friday, October 31. Citizens should visit their local municipality to cast their ballot. By law, each location is required stay open until at least 5 p.m. Friday.

The Government Accountability Board said more than 205,269 early voting ballots had been cast by the end of the day Wednesday. But if you've already voted and want to change your mind, state law gives you that right.

It's a practice known as spoiling the ballot.

Wisconsin statute gives voters who are unsure about their first ballot the opportunity to cast another one.

The law only applies to those who voted early. City of Milwaukee Election Commissioner Neil Albrecht said early voting is the same thing as in-person absentee voting or voting absentee by mail.

He said the general election ballot is a healthy one, with many close races and referendum questions.

\"There's a fair amount of awareness among the public about those referendum questions and people feeling that they want to vote in at least a majority of those questions,\" Albrecht said.

Casting a second early voting ballot automatically cancels out the first one.

Officials stress citizens do not have two ballots in the election under the process. They said casting a second early voting ballot automatically cancels out the first one.

If a voter wants to change their mind about whom they chose for governor or their stance on minimum wage, they can.

\"Well you should notify the election commission, notify officials that you have decided to change your vote, then a new ballot is issued to you,\" he said. \"And then again, your first ballot, your initial ballot, is spoiled.\"

As of Friday morning, it is too late for early voters who cast ballots by mail to change their vote. Citizens who voted in-person have until the end of early voting on Friday, October 31 to change their minds.

Remember, an ID is not required to vote in the general election.

For more election deadlines, how to register and find your polling place, visit MyVote Wisconsin.