Stars of the Future At the Tiki Hut at Summerfest 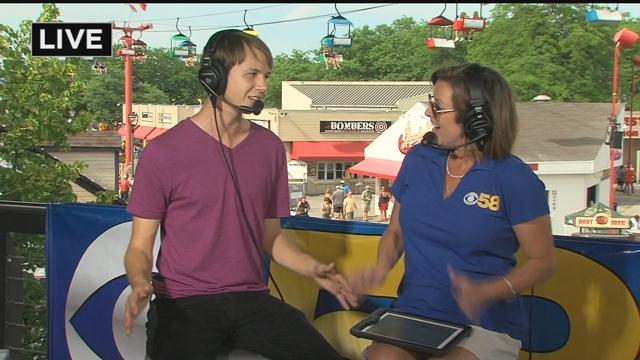 Local musician Derek Sallman is trying to make a name for himself and a career of music.

He'll be doing acoustic sets at the Tiki Hut during Summerfest and says there is no better test of a musician's dedication.

During a live interview Wednesday on the CBS 58 News at 4:30 p.m., the 21 year old said he's learned to deal with just about everything.

Unlike the big stages, there is very little buffer between you and the audience.

He joked that when people ask for "Free Bird" he tells them he played at the start of the set before they arrived.

2016 is his third year at Summerfest.

He's playing almost every day on the Tiki Hut and Ground Floor Stages.

Sallman was a finalist in the Shepherd Express "Best of Milwaukee" competition for "Best Acoustic Musician."

One of the music videos for his single will feature some of the most unique places in Milwaukee as well, which will be released in the coming weeks.

He's convinced he can make the necessary contacts that may help with the launch of long career.

"People say when you go to Nashville, you have the opportunity to meet people who can help you with your careers. That's also the cases with a festival like Summerfest. It's a big benefit that way and just reaching fans."