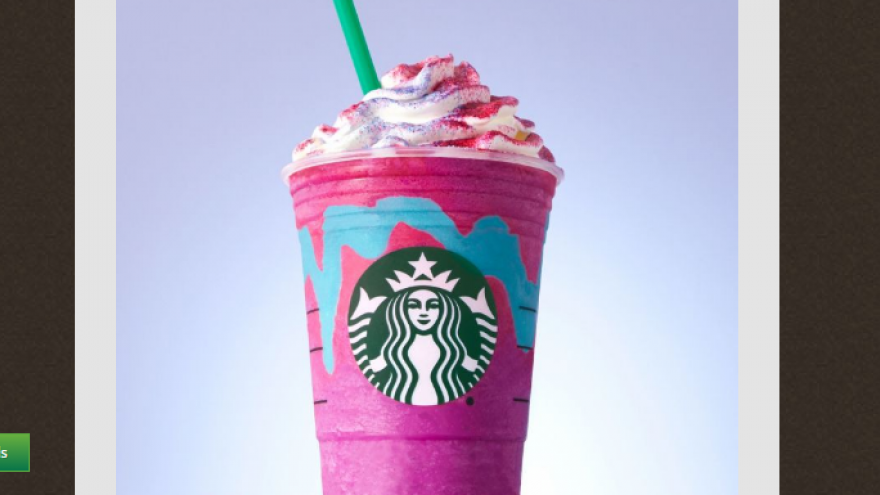 CBS Local — If you’ve had an internet connection and the faintest semblance of a social media account, there’s no doubt you’ve come across Starbucks’ limited edition Unicorn Frappuccino drink. The specific sugar content for a regular size drink has been pointed out by the Connecticut Health Department and, in what should be a surprise to no one, this drink is the antithesis of a non-fat fruit smoothie.

The Connecticut Health Department pointed out on their official Facebook account that the Unicorn Frap contains more than double the suggested sugar intake by the American Heart Association.

Stratford Health Department: "While the Unicorn Frappuccino may be pretty to look at, it's loaded with 59 grams of sugar! That is over two times the amount of sugar recommended by the American Heart Association!"

Apparently, no one had bothered to check on the health contents of this drink or decided that ignorance is bliss and ignored it.

To be clear, if you consume one of these drinks, you’ve already blown past the recommended threshold of sugar before even taking a bite out of a solid food for the rest of the day.

On the other hand, though, it’s not as if Starbucks’ marketing campaign for this drink was to boast of its nutritional values.

On top of this, many commenters responded to the post without much surprise to the Connecticut Health Department’s PSA and pointed out that many of Starbucks’ drink contain similarly excessive amounts of sugar and calories.

Starbucks introduced the drink last Wednesday and was available through Sunday.