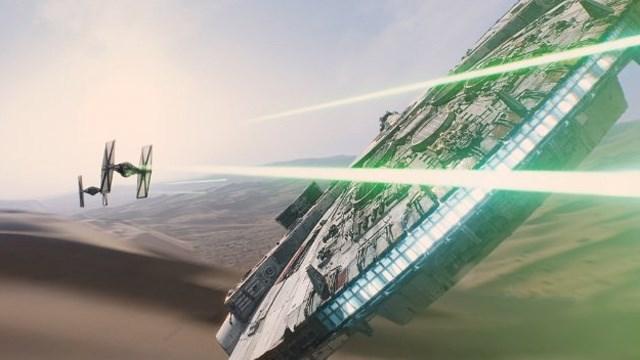 For years \"Star Wars\" fans have found the film's lack of digital distribution to be ... disturbing. On Friday, that will change.

The two studios that share the rights to \"Star Wars,\" Disney and 20th Century Fox, announced late Monday that all six of the popular franchise films will be available for digital download globally for the first time on April 10.

This means that fans of Luke, Leia, Han and Obi-Wan will be now be able to enjoy every film from \"The Phantom Menace\" to \"The Return of the Jedi\" on multiple platforms as they travel throughout the galaxy.

\"Viewers will have the Rebel forces at their beck and call across their favorite devices anywhere -- sunbathing at the beach, relaxing in their living room with friends, or waiting to board a flight to Endor (or elsewhere),\" the studios said in a statement.

The beloved space saga is currently available for pre-order via digital retailers like iTunes, Amazon, and Google Play. They can be purchased either individually or as a digital collection.

To enhance the experience, the new digital versions of the films will also include never-before-seen special features.

\"It's only fitting that audiences enjoy this legendary Saga and its many fascinating behind-the-scenes stories on a wide variety of platforms,\" Alan Bergman, President of Walt Disney Studios, said in a statement. \"We're very excited to finally bring all six films to Digital HD for the first time.\"

The news comes just weeks after Disney announced that the eighth episode in the series would be released in May, 2017.

The highly-anticipated seventh episode, \"Star Wars: The Force Awakens,\" will make its debut on December 18.