MILWAUKEE (CBS 58) -- One of the top high school basketball teams in the area plans to head to the courtroom in a last-ditch effort to save its season.

The school is trying to get the WIAA to reconsider the forfeiture. But the clock is ticking because a playoff game they think they should have had a chance to play in is scheduled to tip off Wednesday night without them.

Hoch says the school is going to court because the Wisconsin Interscholastic Athletic Association will not hear the school's appeal.

After a fight in the final minute of Friday night's game, officials penalized all players with an unsportsmanlike foul. The WIAA used that to suspend the entire Cavalier roster, causing them to forfeit the next night's playoff game against Brown Deer.

But the Cavaliers say video of the incident will absolve them of the harshest penalties. Hoch said, "It's been very emotional for them the last four days. It's been very difficult, a rollercoaster, I would say a lot more downs than ups."

With STM unable to field a team, Brown Deer was advanced in the tournament to play Dominican Wednesday night.

But the temporary restraining order would prevent the Dominican-Brown Deer game from being played without St. Thomas More.

Players were still struggling to process the suspensions, even as Hoch continued to hold practices this week.

Senior Ethan Emmons said, "I'm a senior, I never would have thought my season would end like this. I thought we handled the situation as best we could."

But he believes there have been injunctions before, though probably at a low rate of success. "Our objective is to get our guys to be able to play Brown Deer High School. And when that is I don't know, and how that would exactly work I don't know."

St. Thomas More wants the WIAA to review cellphone video taken from the stands, and the game video that was streamed online for fans, hoping it proves the Cavaliers do not deserve suspensions.

But while the WIAA declined interview requests, they sent along a rule that says protests of the decisions made by game officials are not allowed in tournaments. 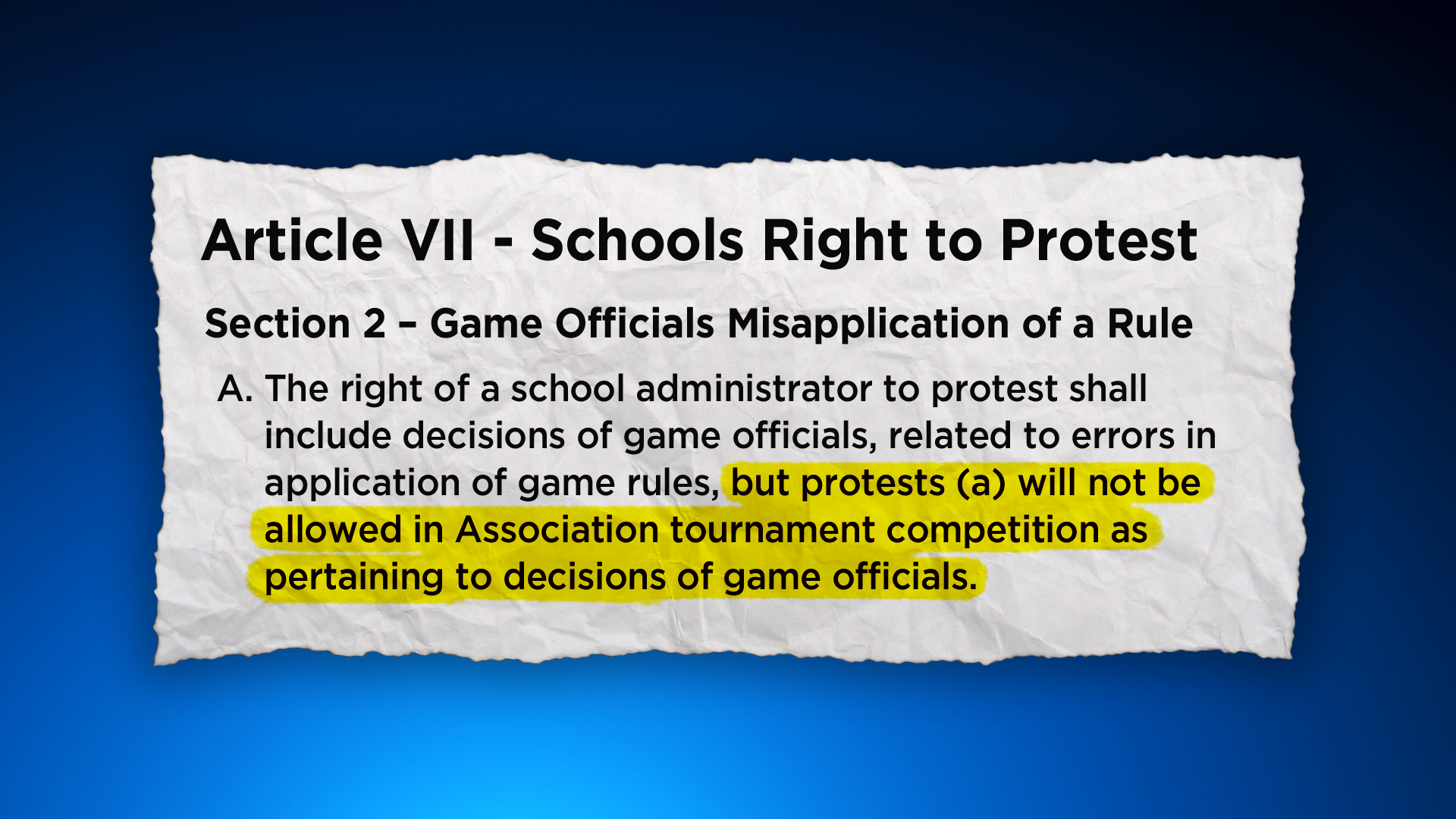 Hoch says Saturday is the last time the school spoke to someone from the WIAA on the phone, and since then there have been just a few limited emails.

He said, "I do not think we've been treated fairly, and that's why we are taking such extreme actions."

Hoch believes the WIAA will have to respond to the temporary restraining order if a judge grants it. He said he just wishes the incident had never happened, and that he's very disappointed.

Dominican and Brown Deer are scheduled to tip off at 7 p.m. Wednesday night.