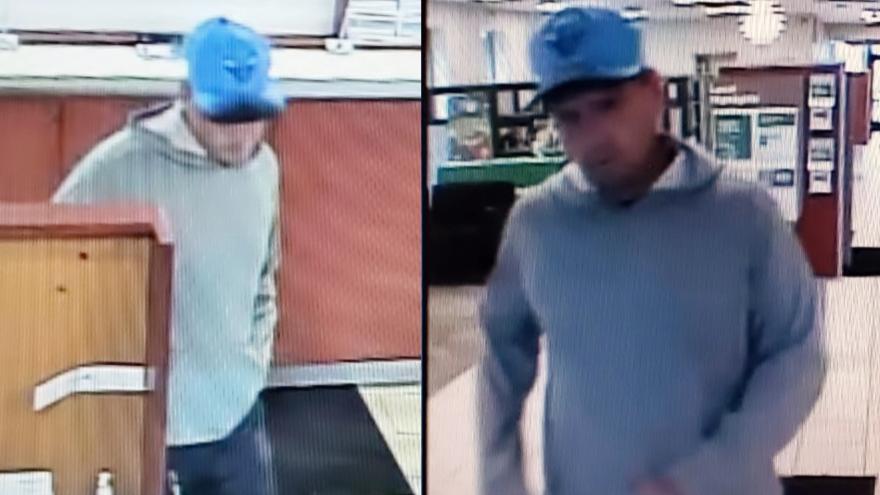 Officers responded to the Associated Bank near Elizabeth and Kinnickinnic Avenue around 2:26 p.m.

Authorities say a male suspect approached the teller window demanding money and received an undisclosed amount. The man then ran southwest through the parking lot. Police say he did not display a weapon.

The suspect is described as a white male, standing 5'7"-5'9" with a medium build, in his early 40's. He was last seen wearing a light blue Chicago Bulls baseball cap, a gray hooded sweatshirt, blue jeans, and black tennis shoes, possibly with a white Nike logo.