Squad Car Hit by a Car Near 20th Street 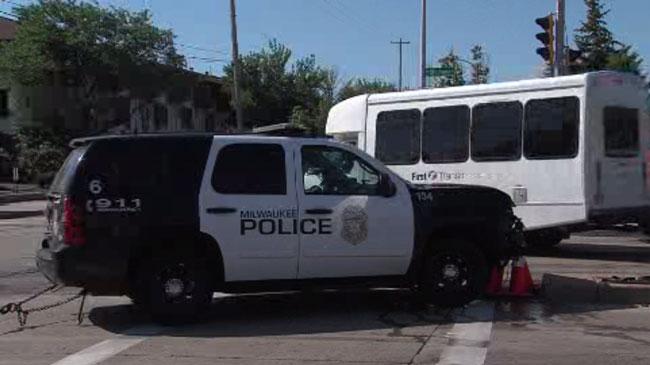 A Milwaukee Police Officer's squad car was involved in a crash near 20th and Oklahoma around 8:20 a.m. on Friday.

According to police, the driver of a Chevrolet ran a red light and hit the squad.

The officer and driver of the car both suffered minor injuries.