SPECIAL REPORT: Knowing Your Rights When Pulled Over 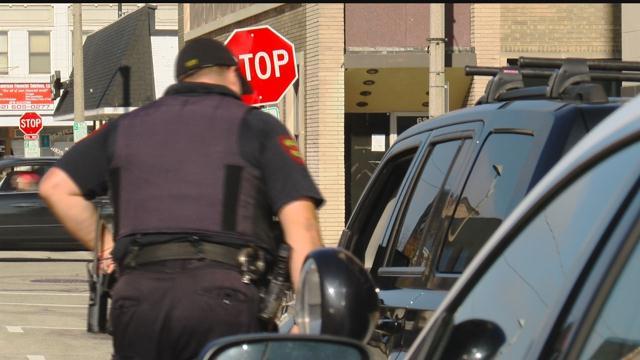 The blue and red lights are flashing behind you, an officer is pulling you over so what are your rights?

CBS 58 talked with an officer and local attorney about what you should and shouldn't do.

"Right away, your heart rate starts to go up, your heart starts to beat a little more, your hands get a little sweaty, the adrenaline starts to kick in because you don't know what's going  to happen. I just need to see your license and your proof of insurance for the vehicle please.” Kenosha police officer Luke Hoffman knows that routine traffic stops can turn out to be anything but.

"I'm automatically looking, alright, where are their hands, are they pulling over immediately, do they see me, what time of day is it, how many people are in the car?" He's seen the videos of officers accused of overstepping boundaries.

Hoffman feels the tension brought on by those negative perceptions, “It's hard to be classified in that very minor group when I know that myself and my brothers and sisters are out here doing everything that we're supposed to do. Ultimately we want to help people. We don't come to work wanting to hurt people."

But, he says a lot could be avoided if everyone knew their rights, “our job is to protect everybody, whether people agree with it or not."

It starts with that first interaction. Civil rights Attorney Jon Safran says to always follow instructions: hands on the wheel, no sudden movements, and lights on so that officers can see you.

“You want to do everything to make sure they don't perceive you as a threat in any way,” says Safran however, that doesn't mean that you always have to talk.

"An officer asks you, do you know how fast you're going or where you're coming from, or did you have anything to drink, you don't have to respond to those types of things."

And if you speak up, politeness counts even though it's not required, "there is no constitutional obligation that you have to be civil or polite to a police officer. I think the question is does it do you any good to not be that way?" asks Safran.

Police body cameras and cell phone video have captured the moments things fly out of control. Emotions running high, fear turning to distrust on both sides, the results can be deadly.

So far this year, more than 150 unarmed people have been killed, every situation is different, but police say usually there is a common theme - people who don't comply.

"Most of that could be avoided by simple compliance; we have to react when people use force. If they are throwing punches then we throw punches as far up to if they start  shooting, we're going to shoot back, because that's the use of force that we are justified in using."

Police are not perfect, but Attorney Safran says to save your life or your money the time to fight back is never in the situation but in the court room, “you just don't want it to get to that point, you can always deal with it later on whether it be your civil rights that you believe have been violated, or you believe that you've been given a ticket or arrested for something you didn't do.”

Officer Hoffman says despite negative stereotypes, truly helping people is still at the heart of what most officers do, "I just like to genuinely help people. Sometimes they like the help, sometimes they don't, but nonetheless that's my job and I have to do it."