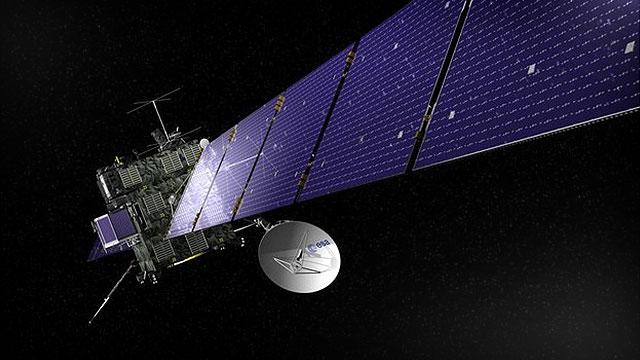 European scientists made history Tuesday morning by landing a spacecraft on a moving comet. Scientists in Germany celebrated the success of a decades-long dream.

The Rosetta spaceship released a 220 pound lander that dropped for seven hours before attaching to a comet. It was the final stretch of a four billion mile journey. The European Space Agency had been chasing the comet since the launch of Rosetta in 2004.

Catching up to a comet traveling at up to nearly 84,000 miles an hour meant using the gravity of the Earth and Mars as a slingshot, building up speed by swinging around both planets before slinging off toward its target. It finally reached the comet in August and began looking for a place to land its probe.

The comet, which is leftover debris from the formation of the solar system, is 2 and a half miles wide and weighs 10 billion tons.

Scientists hope to take samples from the surface and possibly shed some light on how the solar system began.

It takes more than 28 minutes for commands from scientists in Germany to reach Rosetta because the spaceship is more than 300 million miles from earth.
Share this article: