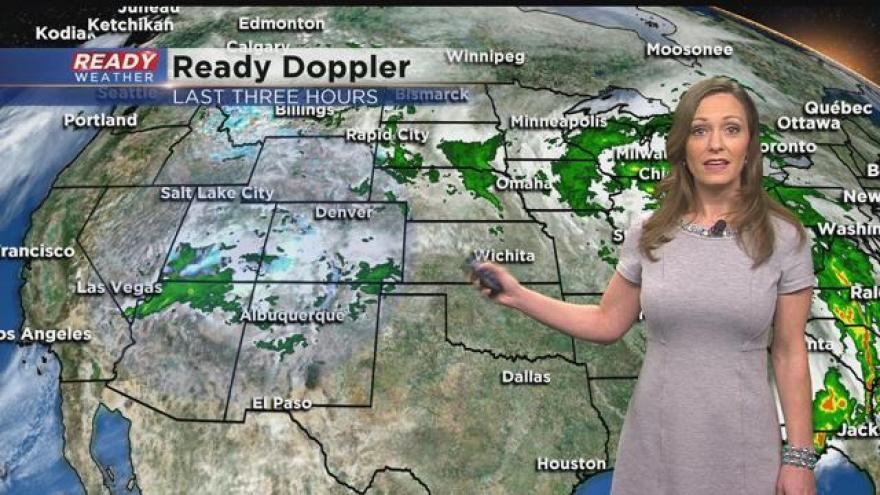 We start the work week with rain showers and that's to be expected in April. But did you know we also average two inches of snow on the month? We could be tracking the white stuff come later Wednesday. There's a storm system kicking out of the "Four Corners" area at this time and it's slowly moving in our direction. While we get a chance to dry out Tuesday, this storm will be lurking nearby by Wednesday morning. As of now, most models show this system barely reaching southern Wisconsin and also looking for more of a rain solution. But one particular model, the NAM, tries to develop more snow and possibly some lake enhancement.

Take a look at the different solutions from the four major weather models meteorologists look at when putting together a forecast: 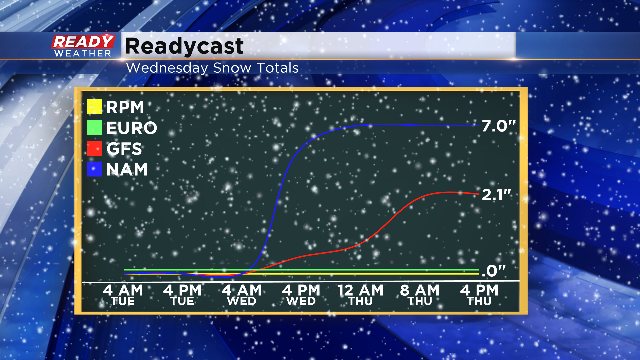 As you can see, we're working with quite the variety of snow totals for this event. We could see no snow, some snow or a lot of snow.

Here's what our in house model shows by the evening commute on Wednesday....not much. Readycast is more in line with the southern track and brings some rain possibly mixing with snow as we head into the night. 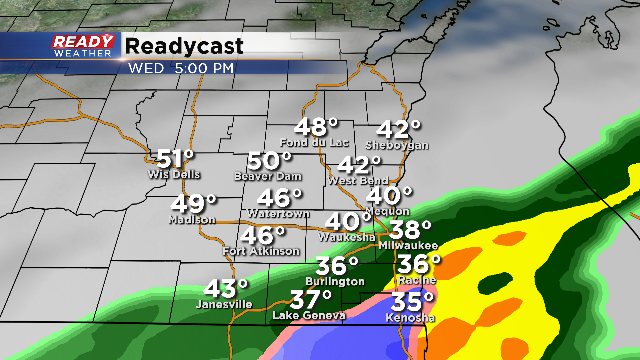 As we take a look vertically through the air, we see a couple things on this storm. It certainly looks to have enough moisture far enough aloft to generate precipitation.  The wind also looks fairly strong from the east to northeast. And it's the latter wind direction that is concerning. There is some potential for lake enhancement and a northeast wind favors a longer fetch across the lake with additional moisture working into this system. If we consider that and if the storm track does shift slightly north we could see at least some snow. However, the temperature difference between the surface and aloft isn't that extreme which would diminish impressive snow amounts. While I'm not set on a half foot of snowfall, a couple inches certainly looks possible. So that's what we will be watching very carefully. The other big factor of course, will be the temperatures. I'm forecasting lows to drop down just above freezing Wednesday night, so even if we do see a period of snow, most of it should melt pretty quickly.

On the other hand, if the storm tracks just a touch south, we may only see a few scattered showers across our southern spots. Even if we see the snowier solution, most spots across the north and west will miss out on this event. As you can tell, there's still some uncertainty, so please stay tuned to further updates on this storm as it draws near.

You can always track the radar and see future radar on our CBS58 Ready Weather App. It's just one more way we try to keep you ahead of the storm!