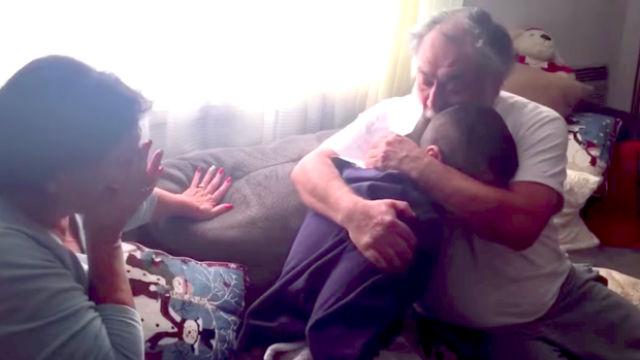 In a video sure to make many rethink the gifts they gave their parents this holiday season, a son handed his mother and father a present that made them weep: A note letting them know he'd paid off their mortgage.

In the video posted to Youtube Thursday and shared on Reddit, Joseph Riquelme sits between his mother and father. \"I have one more gift for you,\" he says, pulling a small envelope from a sweatshirt pocket. \"For both of you.\"

It's not the first time an Internet video has captured the joyous reaction of parents learning their house is paid off. In July, Youtube star Timothy DeLaGhetto filmed his mother and father as he provided them with $210,000 to cover the balance on their home loan. The gift, he said, was making good on a promise he had made them when he was a kid, when he told them he would become successful and pay off their house.

According to his LinkedIn profile, Riquelme is a tech entrepreneur who has founded startup companies like Videoshop, a video editing app. As of midday Friday, his video had over 100,000 plays on Youtube.