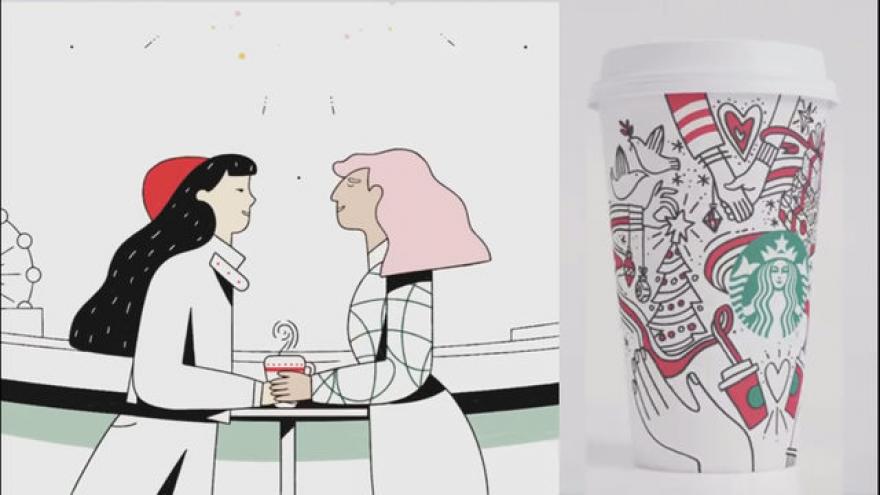 According to the New York Times, some people say this year's cups are promoting homosexuality.

Earlier this month, Starbucks released a video to introduce the cups.

It featured a variety of customers, including animated women shown holding hands around a Starbucks drink.

Though their relationship wasn't specified, some people saw it as a nod toward gay and transgender customers.

There are also two gender-neutral hands linked on the side of this year’s cup.

Buzzfeed posted an article last week suggesting the hands belong to a same-sex couple, saying Starbucks could be supporting a gay agenda.

People took to the internet to back that idea.

KIRO 7 morning anchor and reporter John Knicely asked some people what they thought.

"People that have a hard time with that might be looking for a reason to be upset," said Jessica Rinderneck of Renton.

"A -- they're not very close together.  B - it's a cartoon.  Obviously they're both women, so what? I think it's a big deal about nothing," said Dave Wilder of Seattle.

Starbucks told the New York Times it would let customers decide what the cup was about.

In 2015, many people were upset about the plain red cups that didn't have a holiday-themed pattern.

A conservative Christian activist pushed a boycott of Starbucks.

Starbucks said the cups were a blank canvas to tell your own holiday story.