Some rain on Election Day, Maine recovers from winter storm 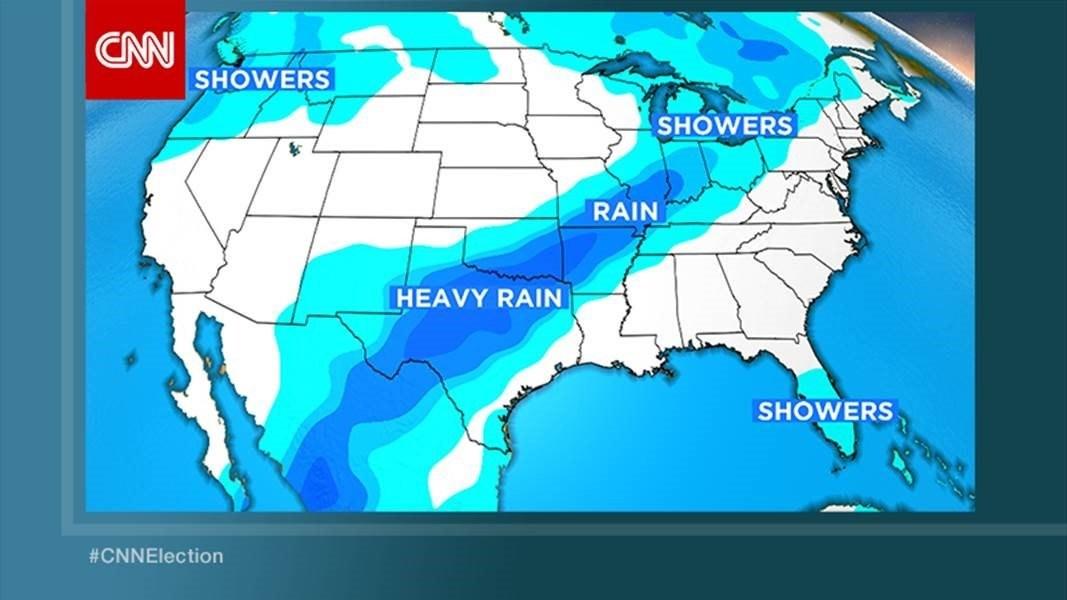 Campaigns and outside spending groups have spent millions on get-out-the-vote efforts in the final days leading up to Election Day, but there's one thing money can't buy: perfect weather.

Rain is expected in parts of the country on Tuesday, while Maine is still recovering from a nasty winter storm over the weekend that forced the governor to declare a state of emergency.

Republican Gov. Paul LePage, who's locked in a tight three-way contest for his reelection, said Sunday he expected power restoration to take \"several days.\" The state issued a list of five polling stations that had changed locations after the storm.

As for weather on Tuesday, rain stretches from Michigan to Texas because of a front that's slowly crawling across the country, according to a CNN forecast.

Heavy rain is possible for areas in Texas, Oklahoma, and Arkansas -- the latter of which holds a key Senate race Tuesday between Republican Tom Cotton and incumbent Democrat Mark Pryor.

The eastern part of the country will remain dry with temperatures near or above average until Thursday, when the rain will make its way to the Northeast.

To the the west of the front will be mostly good weather, with some showers in the Pacific Northwest.