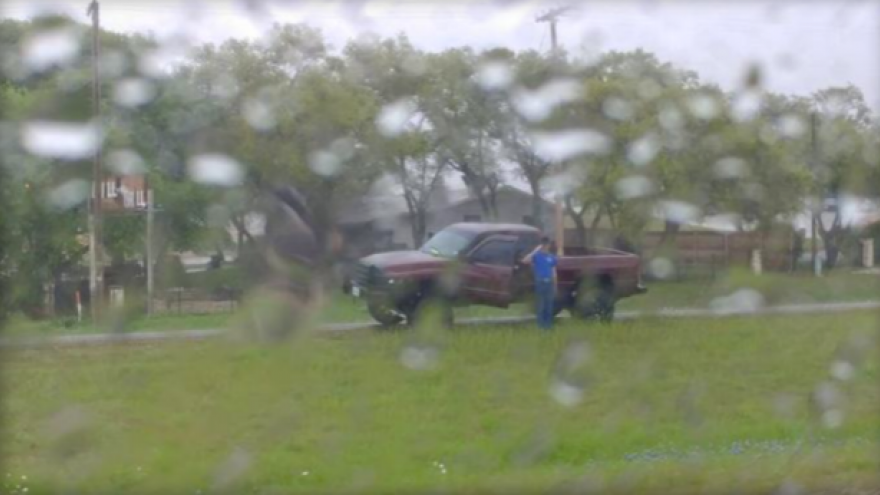 (CBS) Kenneth Varnes was driving along a road in Killeen, Texas, on Friday when he noticed a funeral procession on the other side of the road passing by.

With a long line of patrol cars and vehicles with American flags hanging from their side windows, Varnes, a Fort Hood soldier, knew it must be for a fallen veteran. It was pouring rain and the sky roared with thunder, but Varnes felt compelled to do something.

So he pulled over, got out of his truck and saluted the veteran — until the very last patrol car passed.

Local resident Zachary Rummings happened to spot Varnes, standing at attention in the rain, from across the street. He shared a picture of the moment with a local Facebook group, asking members of the community if they recognized him.

“In a funeral procession for a retired soldier and he stood in the rain the entire time and saluted,” Rummings wrote. “Hats off and respect to that young man. Thank you.”

Within minutes, dozens of people were able to identify the kind stranger as Varnes, who was surprised by all of the attention.

The rain was pouring when Varnes first stepped out of his pickup, but as the cars passed it reduced to a light drizzle.

“As soon as I got back in the truck, it poured again, which was really cool,” he said.

While many praised the man for his inspiring and patriotic act, Varnes said it was just his natural response. He still doesn’t know who the veteran was, nor does he know his story, but that doesn’t matter.

All that matters is they served our country, Varnes said, and that’s something that should be honored.

“It’s a brotherhood” after all, he said.