NOW: Snowy owl covered in oil may be linked to Menomonee River spill

Angela Speed is the Vice President of Communications for the Wisconsin Humane Society. She says the owl was found in the same area. 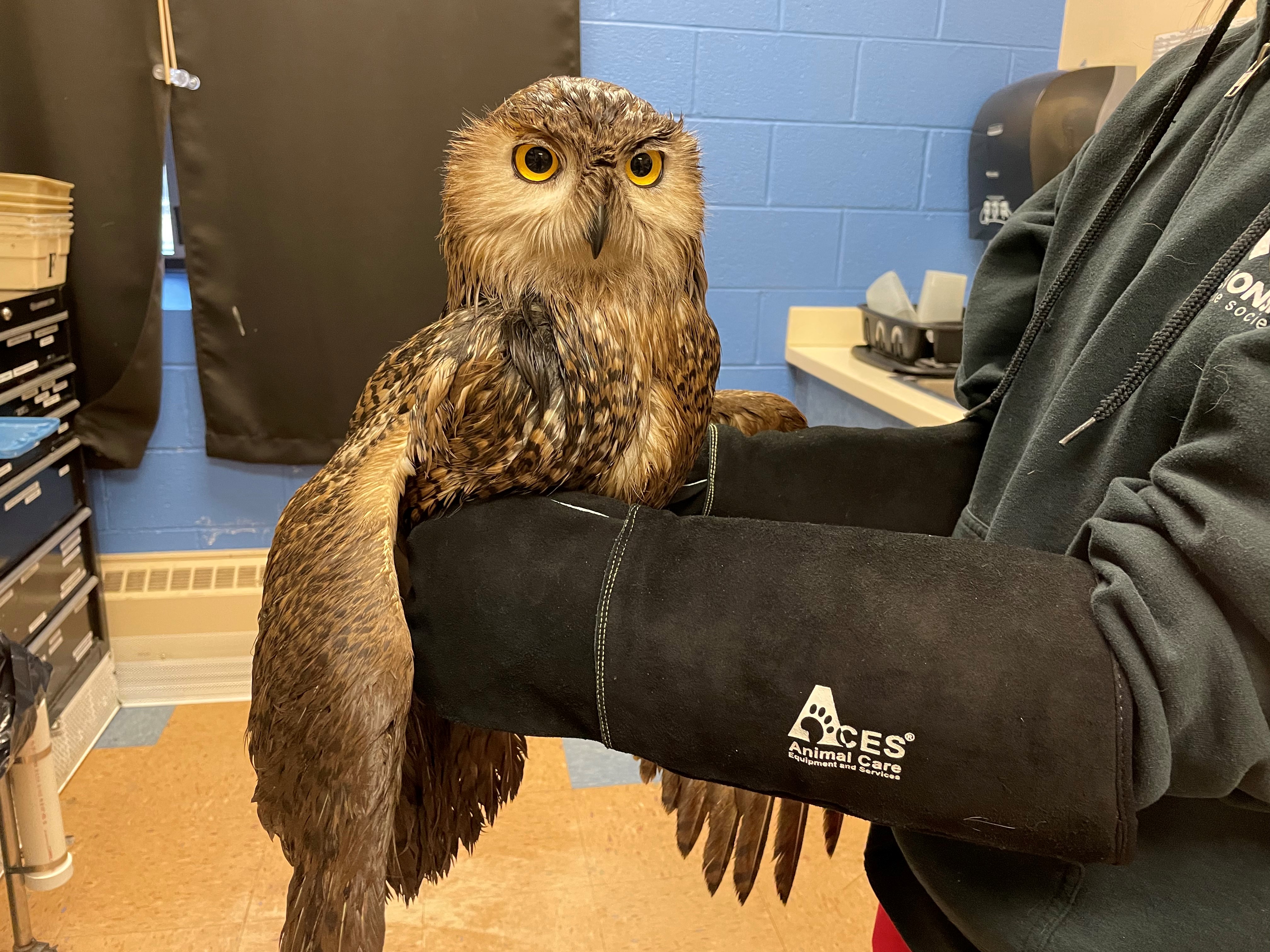 "The snowy owl was found was found at a recycling center near where this oil spill happened. We have also received a few calls about a goose covered in oil as well in that same area," explained Speed.

Crystal Sharlow- Schaefer is the Wildlife Director of the Wisconsin Humane Society. She has been providing care for the owl since their crews rescued it.

"Once we learned of the oil spill as well, we are highly suspect that is the cause. In a case like this where it is such a clearly human caused injury, it is absolutely heartbreaking," said Sharlow- Schaefer.

The team at the Humane Society's Wildlife Rehabilitation Center took the owl under their wing for care. They say the owl was covered in an oily substance and unable to fly.

Staff say seeing any animal in that type of condition is difficult to see.

"She was so filthy and suffering my heart broke. She flew all from the arctic circle only to have this happen to her," said Speed.

Speed says there is only one thing to do if you see an animal struggling out in the community.

"If people do see other animals in this area that seem to be coated with oil or that are having struggles or injuries they should reach out to us," said Speed.

Speed says crews have been out looking for the goose covered in oil a couple times but were unable to capture it. The goose is able to fly. If you see the goose just call the Humane Society at 414-431-6204.

You may also learn more about the Wisconsin Humane Society at their website here.

Komatsu sent a statement to CBS 58 saying in part that they, "are in the midst of investigating how this very regrettable accident occurred and we are focused on continuing to implement aggressive cleanup efforts to remediate the situation as quickly as possible."