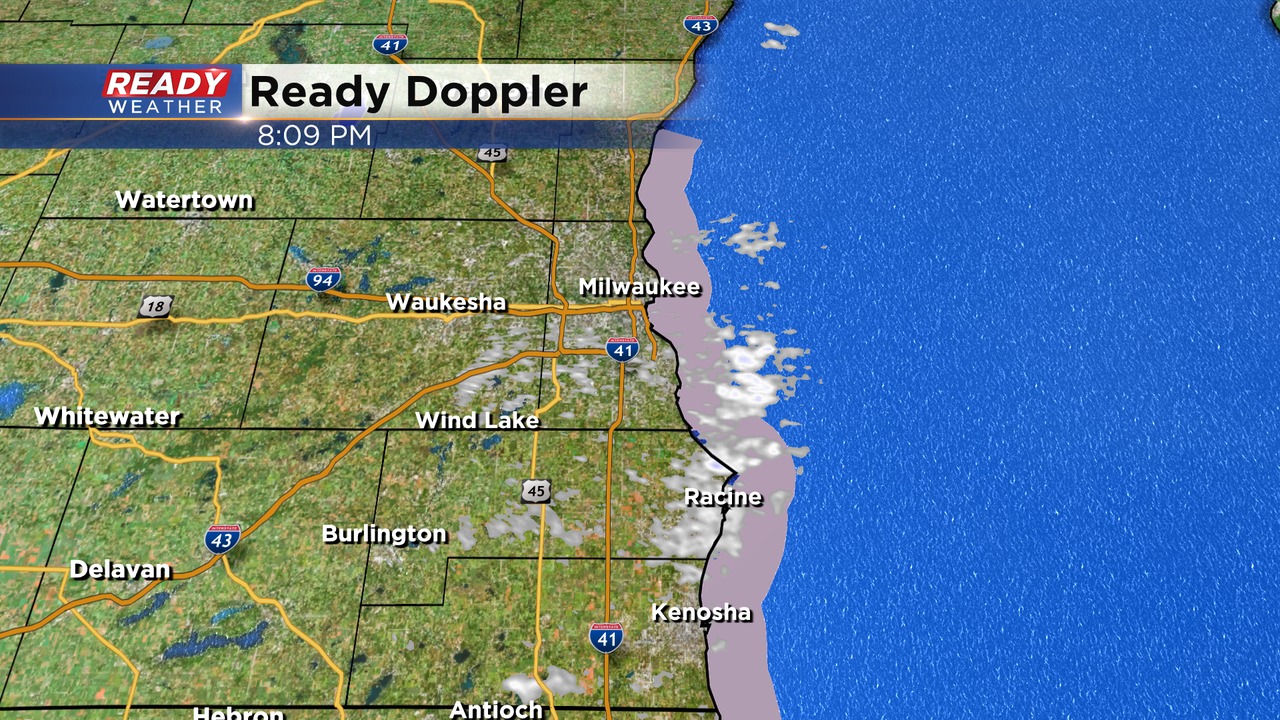 The lake effect band that produced several inches of snow over Racine and Kenosha counties has weakened.  Milwaukee and Ozaukee counties will experience some light snow.  Still waiting to see how far north this band will extend.

Slick roads and low visibility remain a problem around Racine and Kenosha counties.  This band will weaken and move out over the lake between 1 and 3 am. 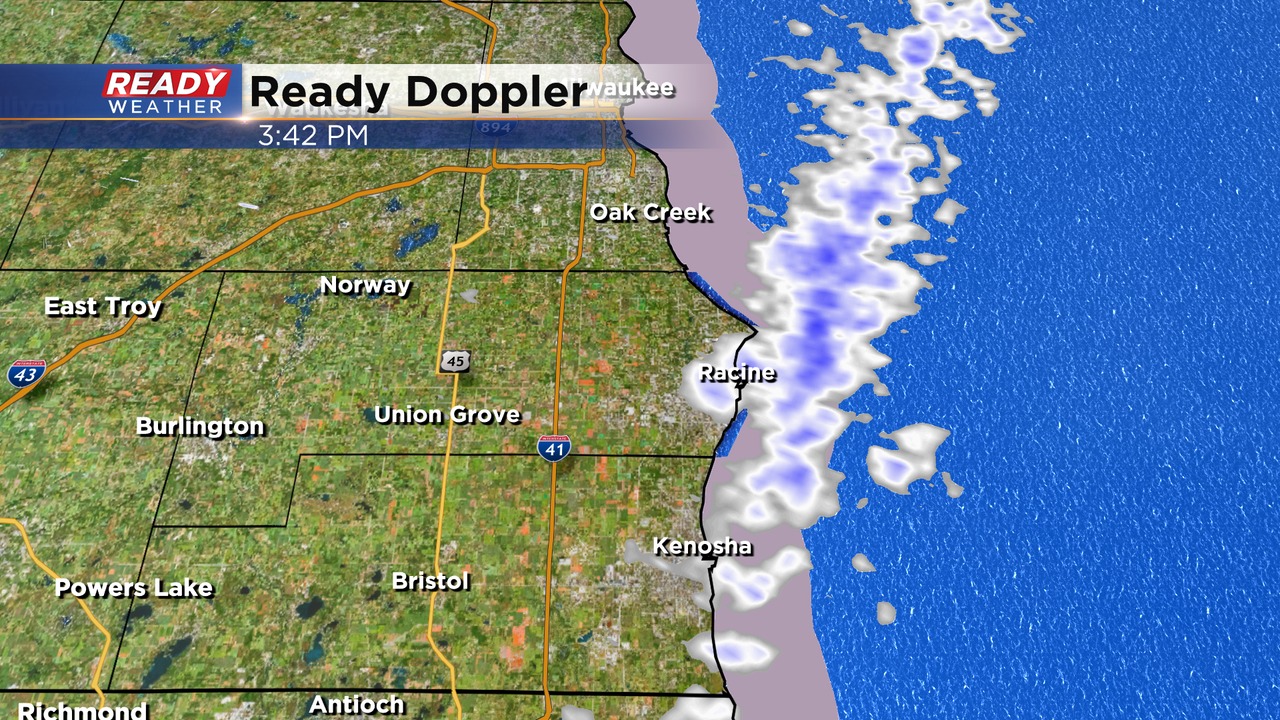 The lake effect band continues to hold across Racine and Kenosha.  There hasn't been a lot of movement over the last several hours; however, we do expect that band to shift slightly inland during the evening. 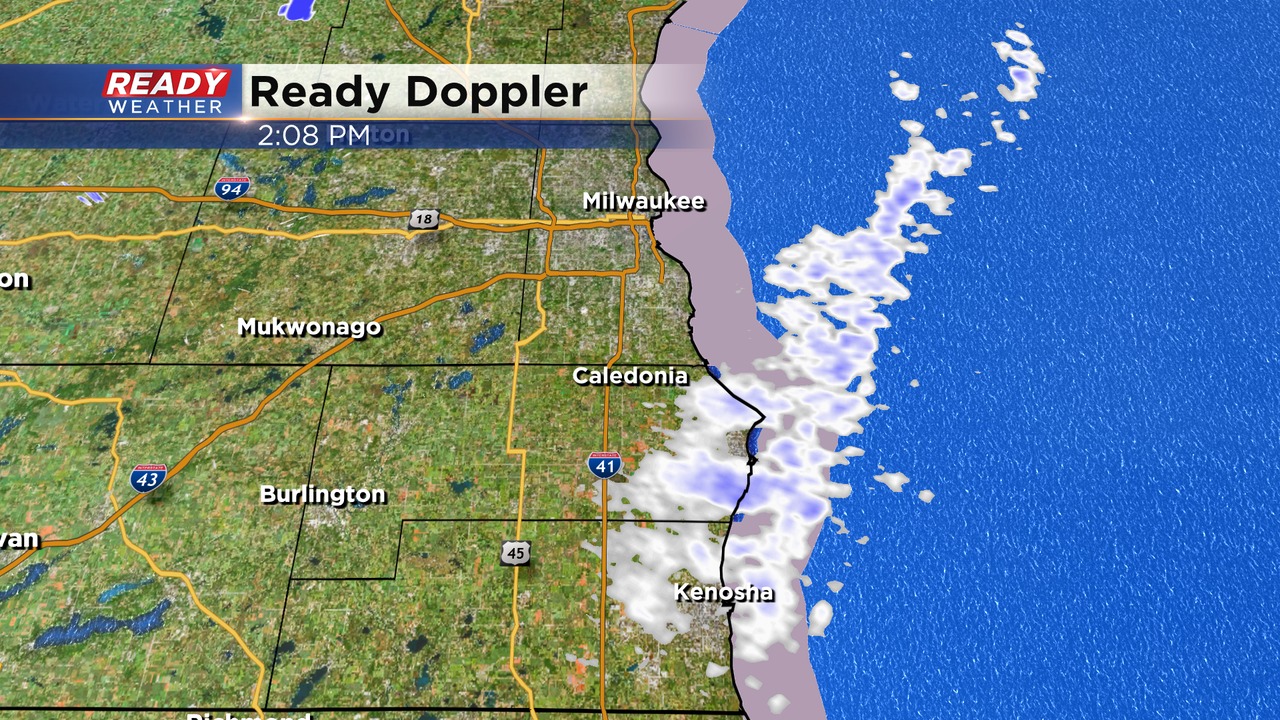 The lake effect snow band has now pushed into Racine and Kenosha counties.  This band will slide into Milwaukee county later this afternoon into the evening.  We will watch to see how close it gets to Ozaukee and Sheboygan counties later tonight. 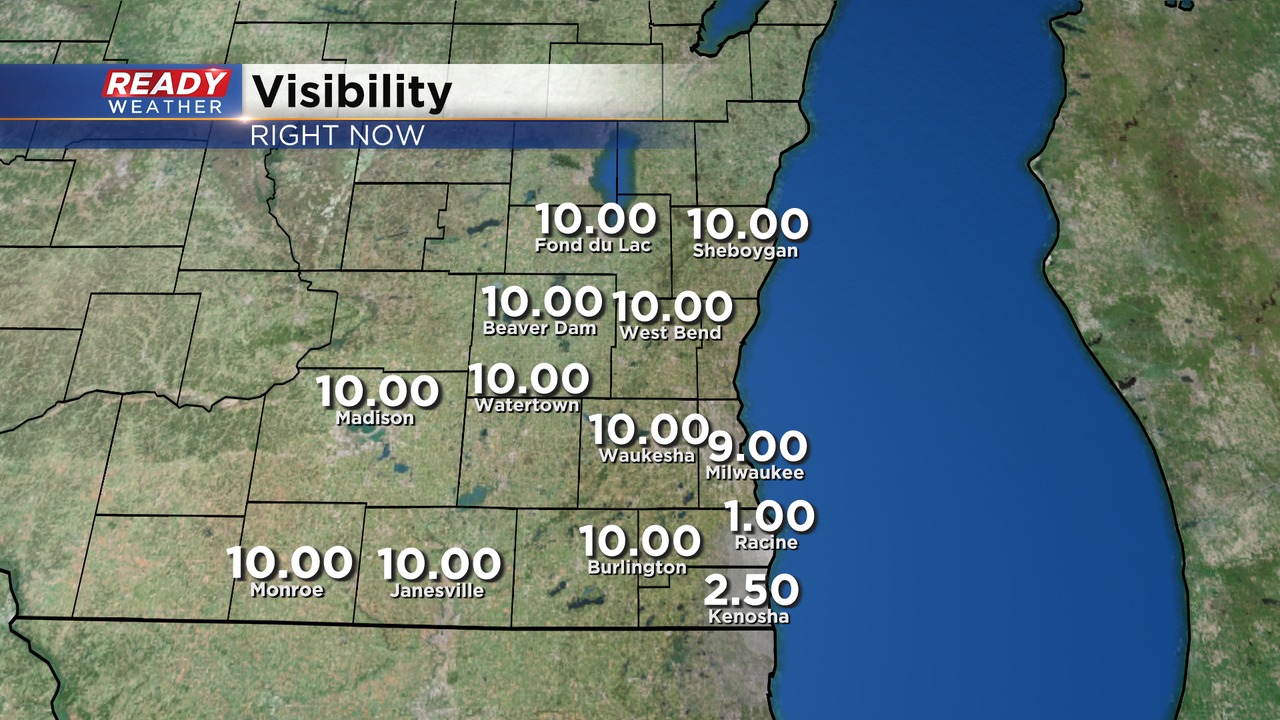 Visibility has been reduced already.  Wherever this band sits, the visibility will be low along with slick roads.  Up to 2" of snow will be possible.  After midnight, the band will shift back east as our surface winds turn more northwesterly.

Another major winter storm is missing us to the south with Dallas, TX even getting in on the snow! 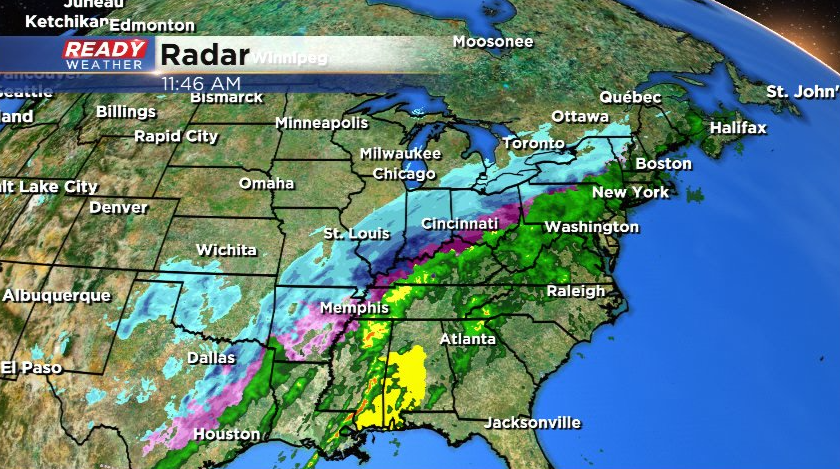 Closer to home, we're keeping an eye on a band of lake effect snow that is pushing closer to far eastern Racine and Kenosha. This band will brush up against the lakeshore off and on through the afternoon before pushing a bit farther inland this evening. 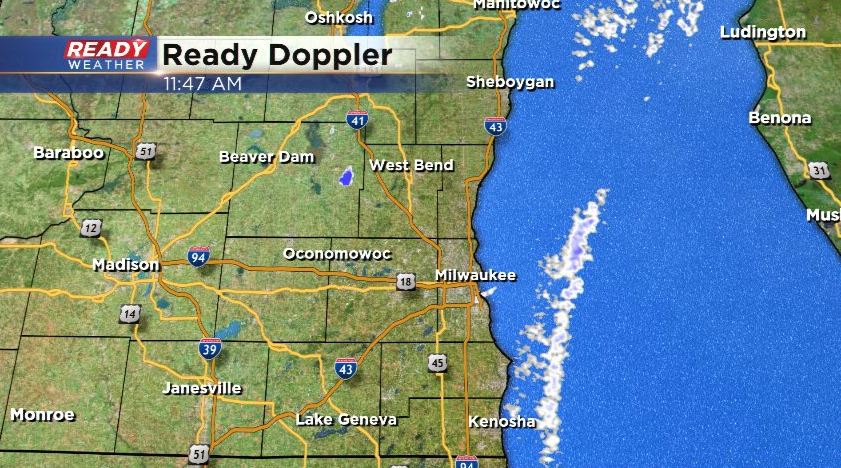 The lake effect snow will taper off late tonight with a dusting to up to an isolated inch expected near the lake. 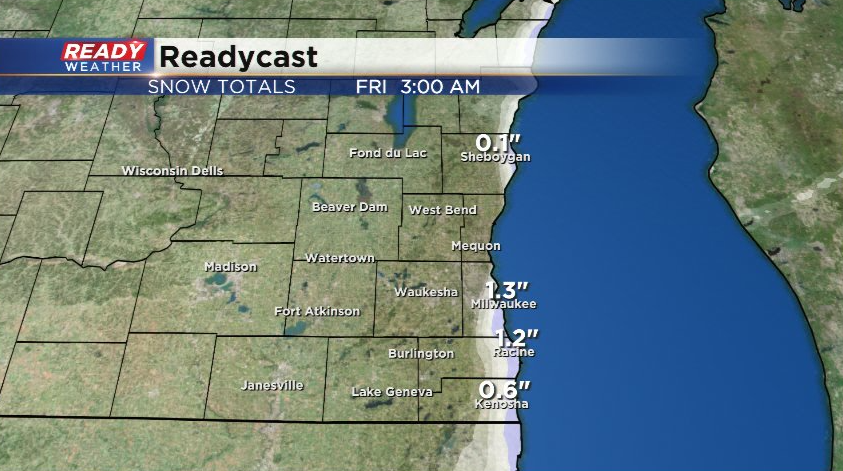 After a dry start to the day Friday, a quick moving clipper system will dive through the state, triggering a few very light snow showers late afternoon and early evening. Folks that see these snow showers could pick up a quick dusting to a half inch, but the snow won't be widespread at all. 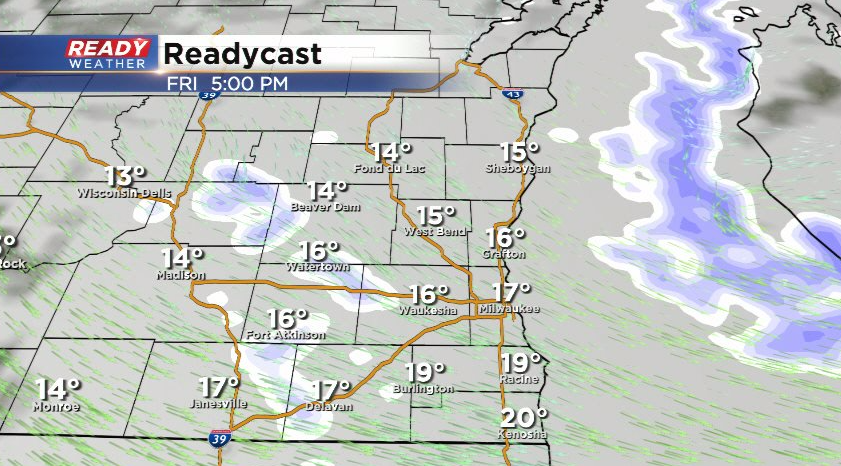 These minor chances for snow won't help our snow deficit much. Milwaukee has barely had over a foot of snow this winter and is running 16.5" below normal. 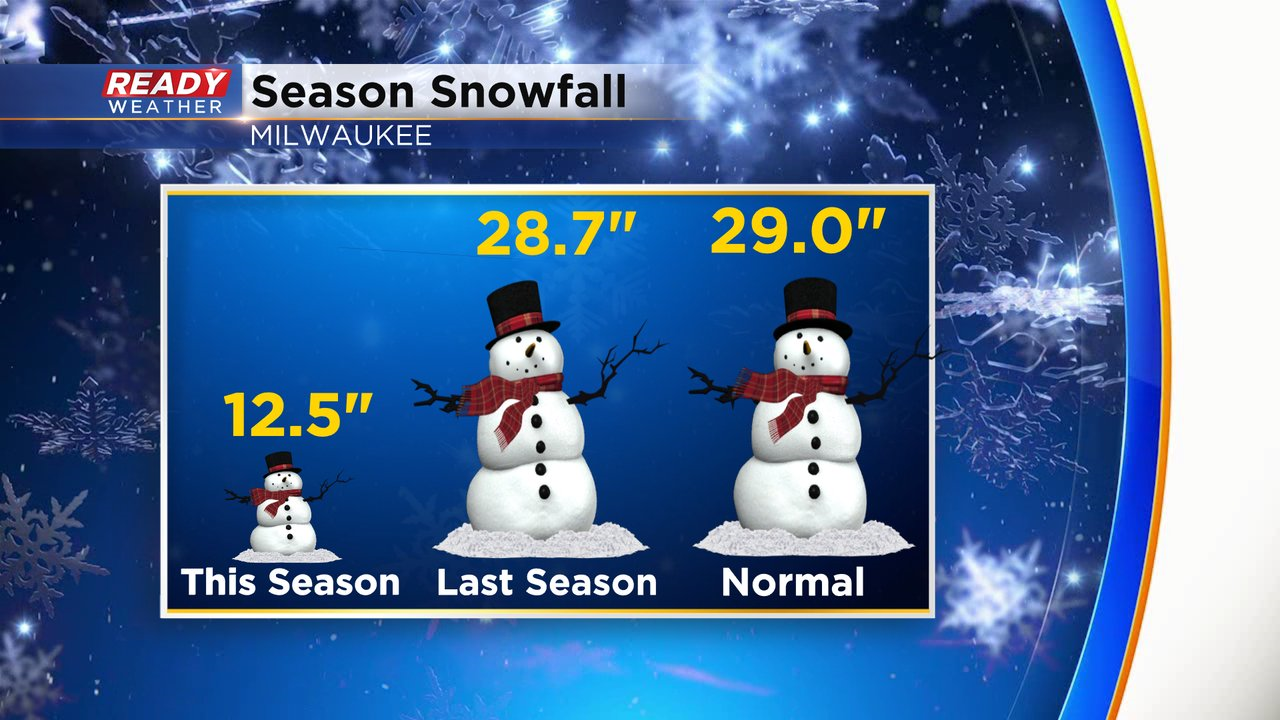 There aren't any major snowstorms on the horizon for southeast Wisconsin, but we could have a few more flurries on Sunday. Otherwise temps will be on a warming trend into this weekend! 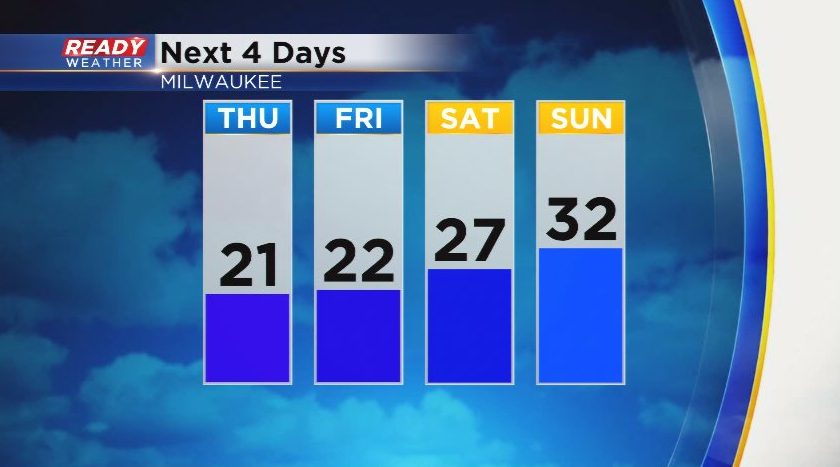 Download the CBS 58 Ready Weather App to see if the warming trend will continue into next week.