Snow to rain will impact the Tuesday morning commute

NOW: Snow to rain will impact the Tuesday morning commute

The wet weather is still on track to arrive during the predawn hours. Here's the latest imagery from Ready Doppler: 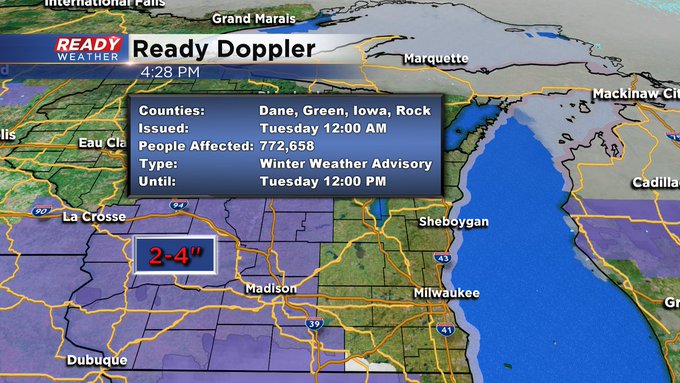 There are no alerts for our area, but a Winter Weather Advisory sits just to our west for about 2-4" of snow. We will also see some snow, but it will be a bit mixed, especially lakeside. The bad news is the morning commute time features the best timeframe for snow, and that will definitely slow the drive in to work or school. 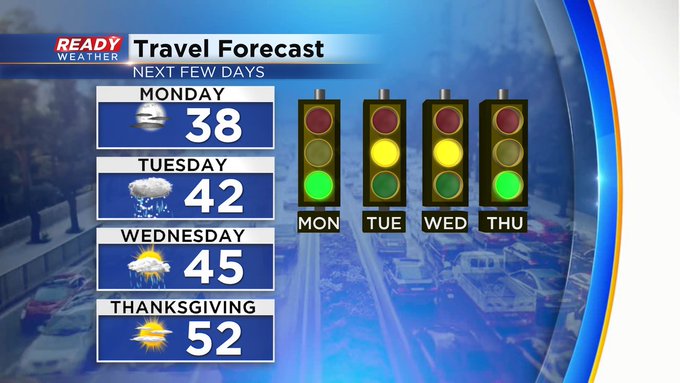 However, with temps well into the mid to upper 30s and then transitioning to the 40s, we expect any wintry weather to turn over to rain by the noon time. 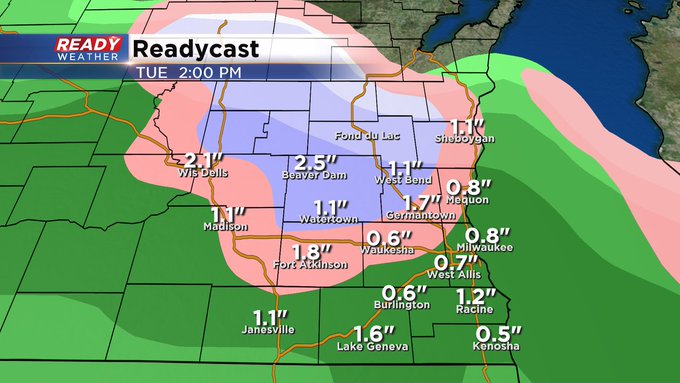 So here's the latest sample of potential snow. Most lakeside locations will stay at or under an inch. By contrast, inland spots could be in the 1-3" range. The good news is that we're also calling for a solid half to full inch of rain as wet weather continues for the rest of Tuesday and even scattered still on Wednesday. So any snow we do get will be washed away with what is much needed rain.

Snow has been lacking so far this season. Officially we've only picked up a tenth of snow at the end of October and nothing in November. We are currently over an inch below-average on seasonal snow and it's been quite different from 2019. By this point of the season last year we had already picked up over 13" of snow. Tuesday morning is our best chance for snow we've had in a while and unfortunately it comes during part of the morning commute. Clouds will increase Monday night with snow starting to roll in during the morning. By 6 a.m. at least a few snow showers will be out there with most seeing some steady snow by 7 a.m. or 9 a.m. at the latest. 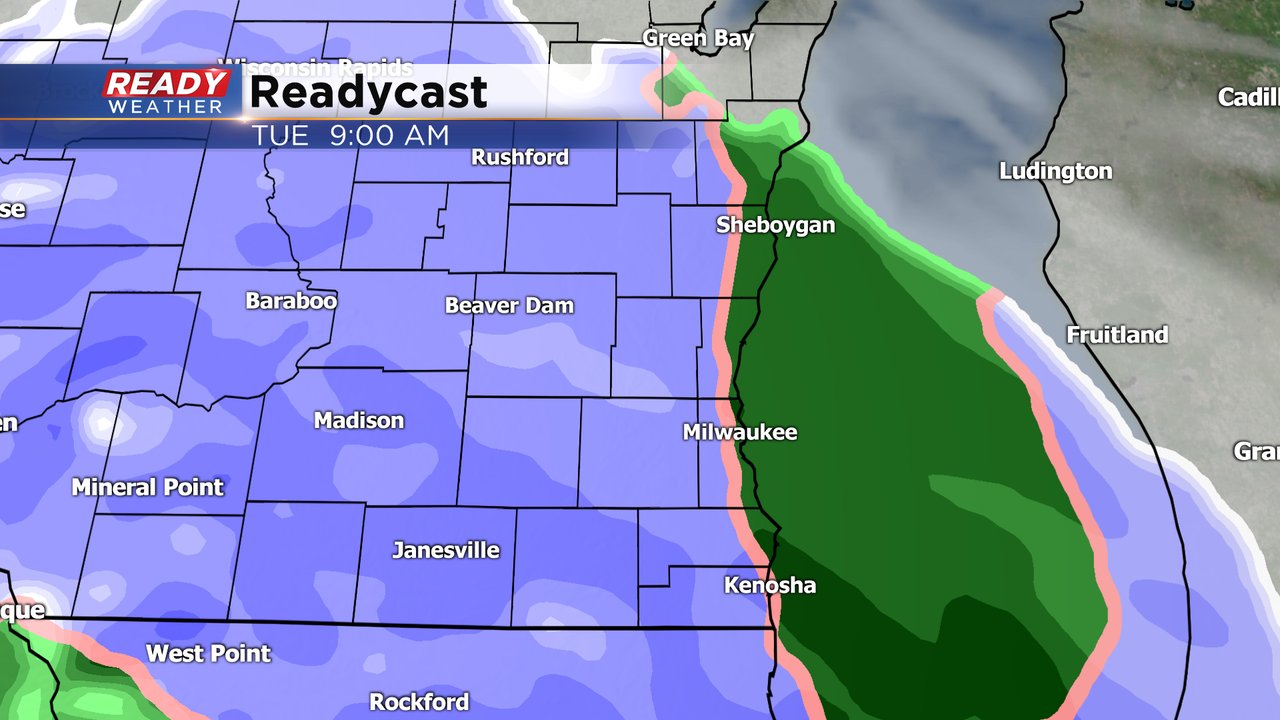 The steady snow will likely reduce visibility at times and could make roads a bit slushy. This is the first real snow we've had so expect traffic to be slow as people remember how to drive in snow again. Areas right near the lake including Milwaukee may just see wet roads as temperatures stay a bit warmer there but still enough snow to slow things down. The snow will likely last through lunch time then switch over to rain by 3 p.m. 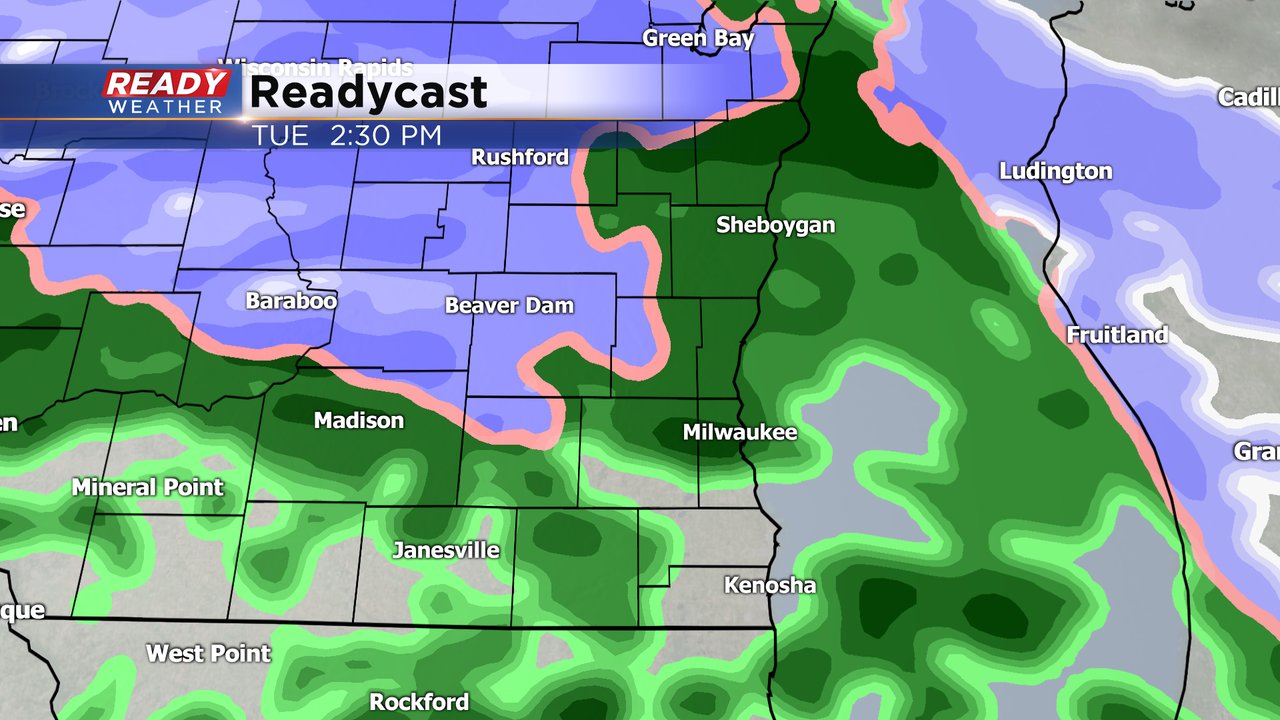 Rain, steady and moderate at times, will last through Tuesday night into Wednesday morning and possibly as late as Wednesday afternoon.

Snow from Tuesday morning will range from only a few tenths near the lakefront to up to 2" for inland communities. The majority of snow will accumulate on grass but roads, especially inland, will likely be slushy in the morning. 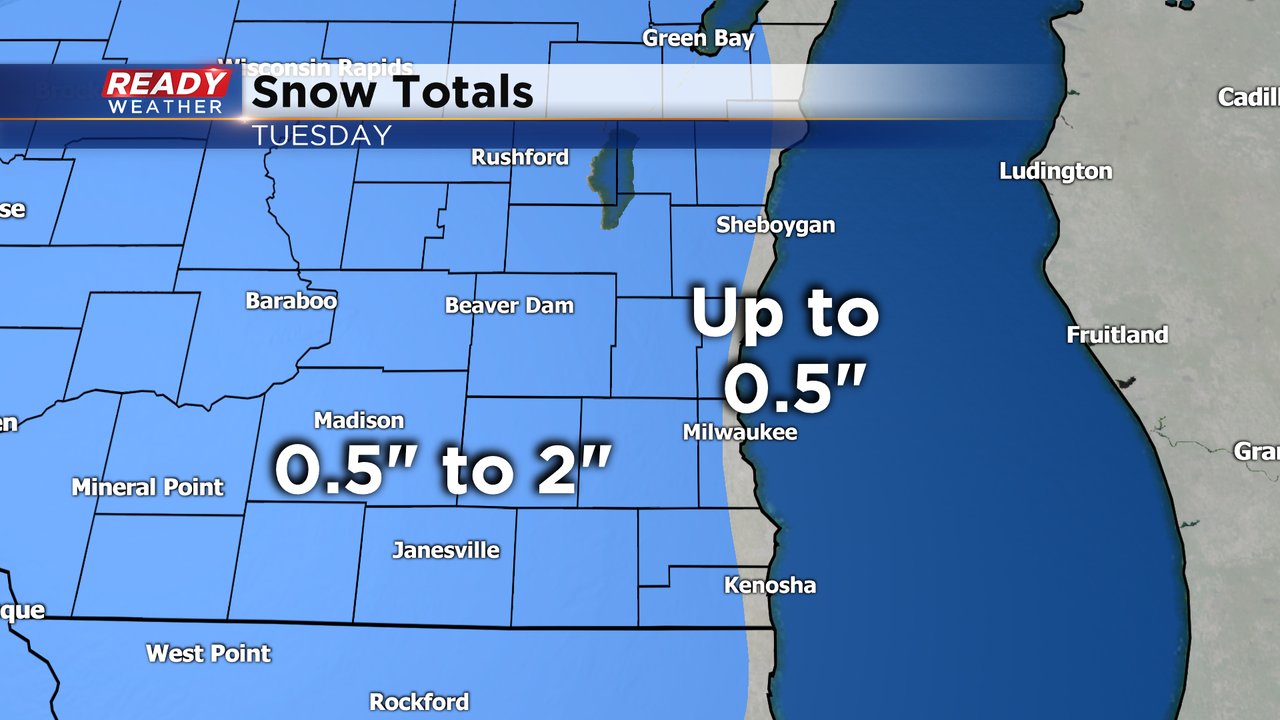 Once the snow switches to rain in the early afternoon of Tuesday it will last for another 24 hours or so. Rain totals will be soaking with most of southeast Wisconsin seeing a half to full inch of rain with a few spots getting more. The rain will wrap up Wednesday afternoon. With the rain coming after the snow it will likely melt most if not all of the snow that falls Tuesday morning. 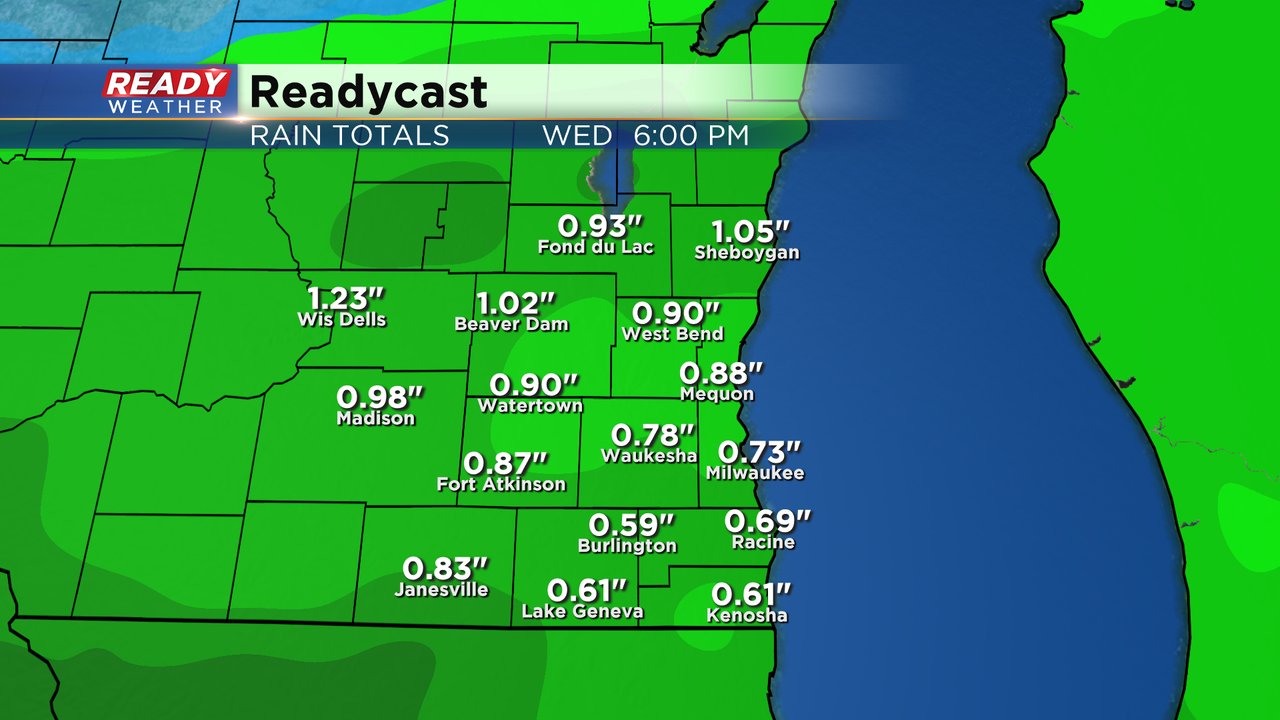 Download the CBS 58 Ready Weather app to track the snow as it moves in and then switches to rain with the interactive radar.