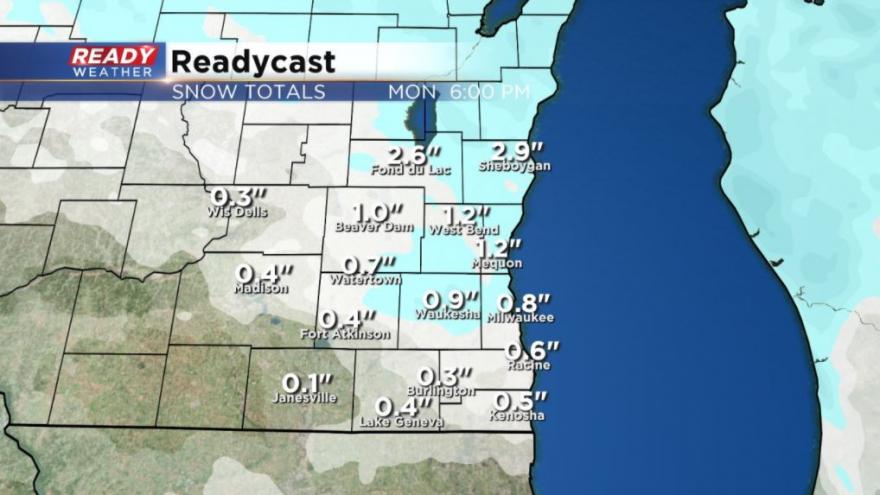 Snow is still on track for Monday and although the amounts will be fairly light, the timing isn't great. Snow will start to move in across our western counties a little after 4 a.m. Monday morning with everyone seeing steady snow by 7 a.m. The first wave of steady snow ends by late morning. 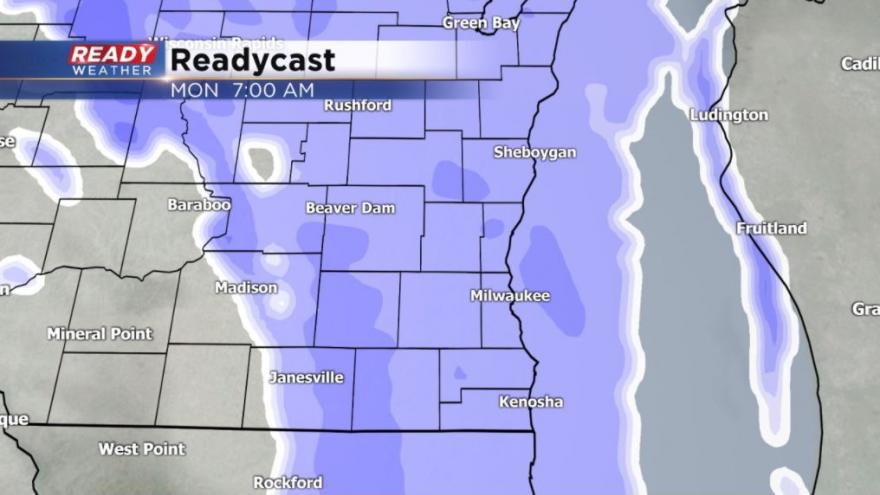 There are no real changes to the snow accumulation forecast for the morning snow with up to 2" possible by 10 a.m. Although amounts are fairly low for Wisconsin, the timing isn't great - right during the heart of the morning commute. Expect driving conditions to be a little slower than usual so plan on taking some extra time. 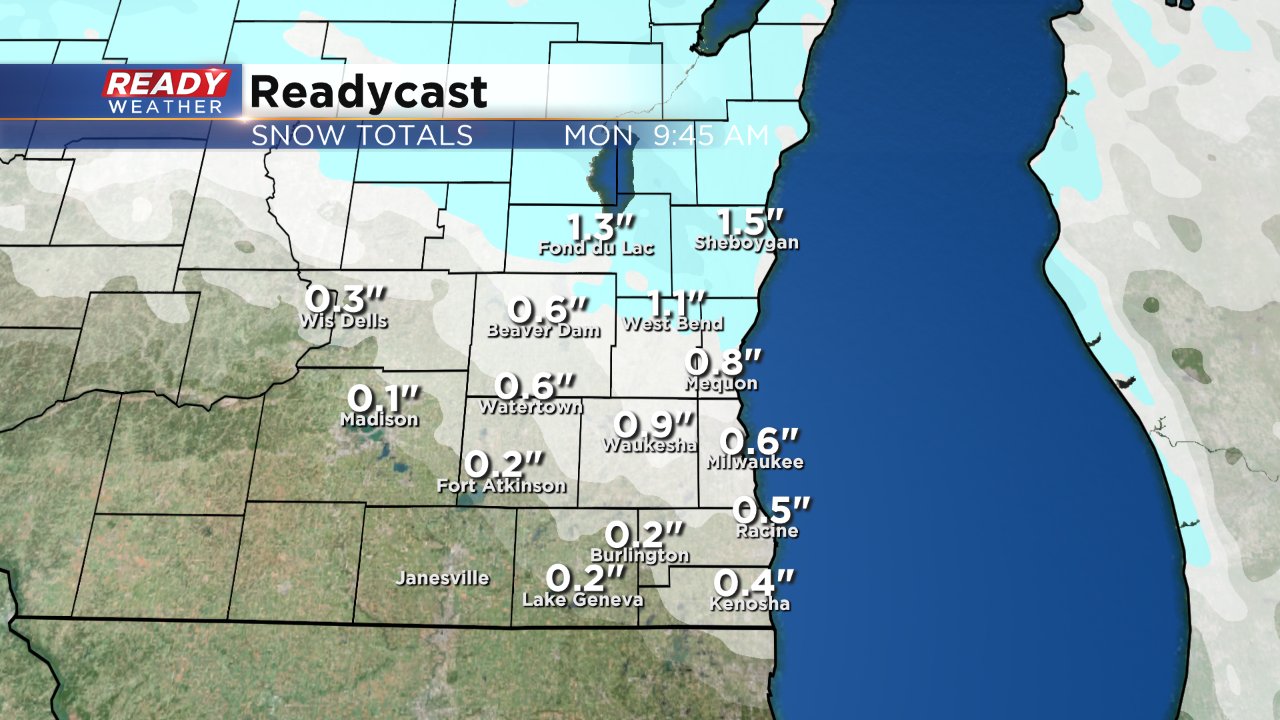 The big question with the forecast remains in a batch of snow that could move through Monday afternoon. A narrow east to west band of snow will be possible but it's exact placement is in question. Whoever does see the snow will likely pick up an additional 1" of snow so max totals by Monday evening will be 3" in southeast Wisconsin. The snow should wrap up before the evening commute but slower than normal drive times are expected. 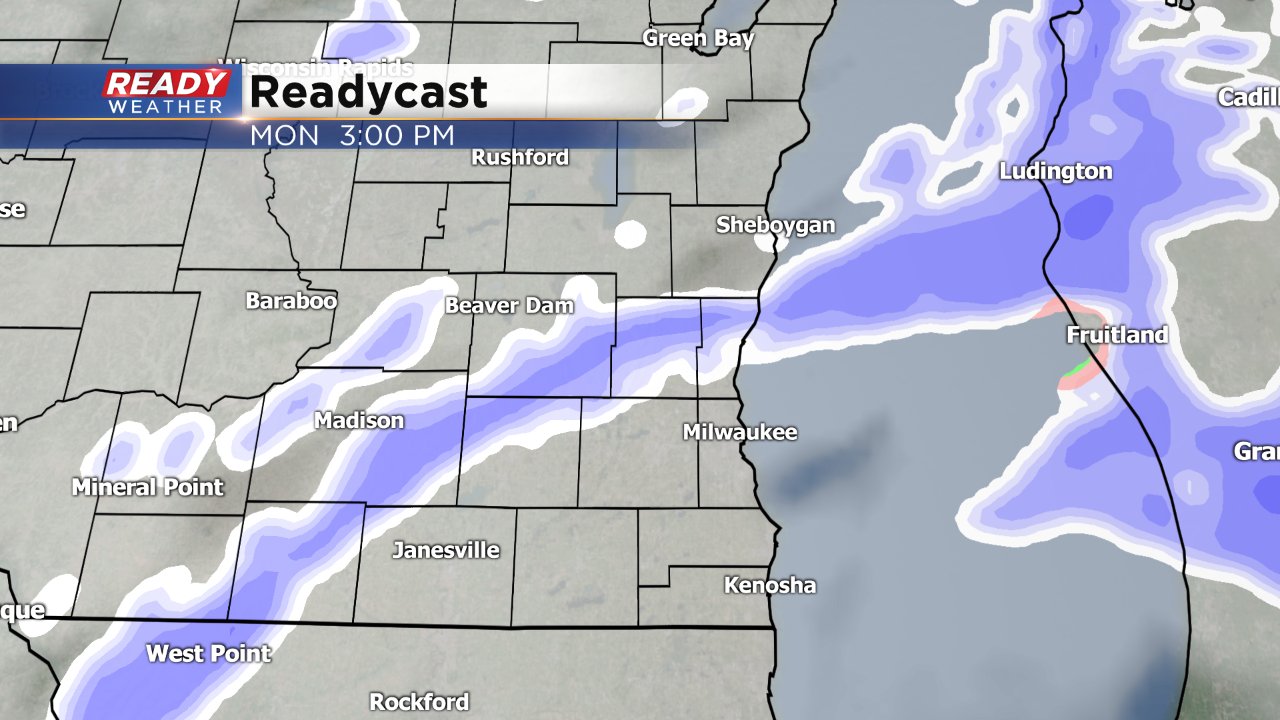 The snow train continues into the middle of the week with our third round of snow arriving Wednesday evening into Thursday.