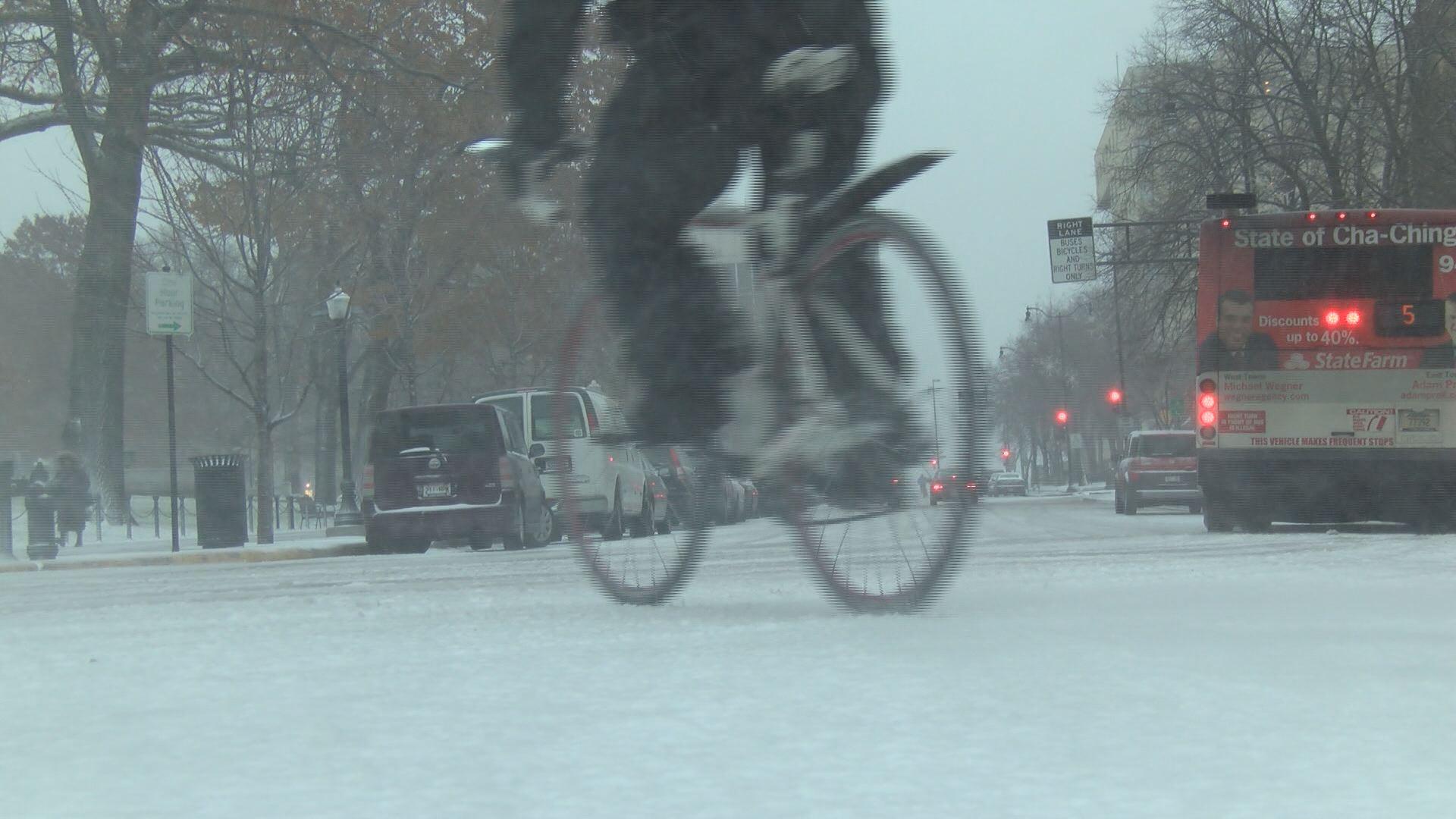 In Madison, the snow starting falling just after 10 am Monday morning. It changed over from the steady rain that fell through the night into an icy mix. The snow didn't start sticking to the roads until late afternoon, but the Madison public works trucks were already out working the roads for hours. The department says it had 30 trucks ready to go Monday morning even before the first snowflake fell.

The Wisconsin State Patrol is reminding people that snow and ice covered roads can be just as dangerous in November as they are in January. \"No matter what road they travel on, to be safe and be aware of changing road conditions no matter where they drive.\" said Sergeant Anne Maxson. She also is recommending people drive slower than the speed limit, and stick to main roads like interstates and state routes. She says those are the first to be plowed.