Snow falls in Sahara for first time in 37 years 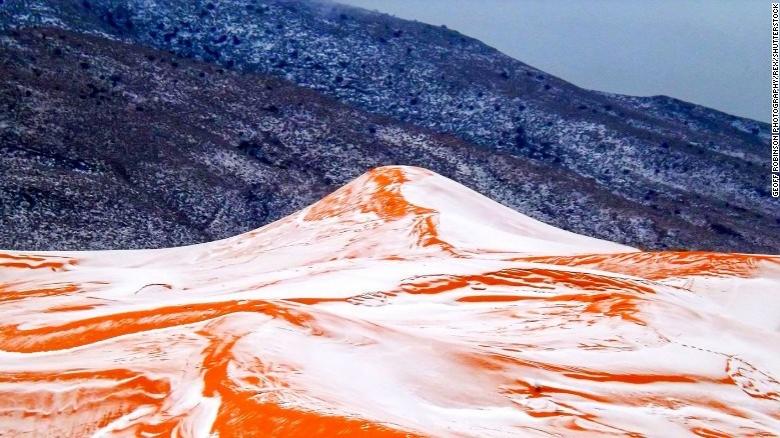 (CNN)Bob Geldof and Midge Ure are better musicians than they are meteorologists.

Their 1984 Band Aid prediction that "there won't be snow in Africa this Christmastime" has once again been proven wrong -- and this time in spectacular fashion.

The Algerian town of Ain Sefra, deep in the dry, hot Sahara desert was hit by a freak snowfall on December 19. It's the first time snow has fallen in the region in 37 years.  Incredible pictures by amateur photographer Karim Bouchetata show the town's red dunes dramatically capped with white snow.

The last time flakes are reported to have fallen here was when a brief blizzard hit town in February 1979.

One of several towns to claim the moniker "Gateway to the Desert," Ain Sefra is 1,078 meters above sea level and is surrounded by the Atlas Mountains.The Sahara is the world's largest hot desert and its more than 9 million square kilometers cover most of North Africa.

As well as being one of the driest places in the planet, it's one of the hottest -- temperatures here can reach more than 50 C (122 F).

Oh, and for the record, Bob and Midge, other places to catch some snow in Africa include the Algerian ski resorts of Chrea and Tikjda and the world-famous slopes of Kilimanjaro.