Snow check after the biggest snowfall of the season

NOW: Snow check after the biggest snowfall of the season

The Tuesday snow is over! For most of the area the snow wrapped up Tuesday afternoon after seeing at least 12 hours of steady snow that was heavy at times. The highest snow totals came from our northern areas where a narrow band of heavy snows set up in the morning hours of Tuesday across northern Dodge, Washington, Ozaukee and parts of Fond du Lac and Sheboygan Counties. These spots saw over 8" of snowfall. The rest of southeast Wisconsin saw snow totals in the 5-8" range including Milwaukee which picked up 5.9" officially at the airport. 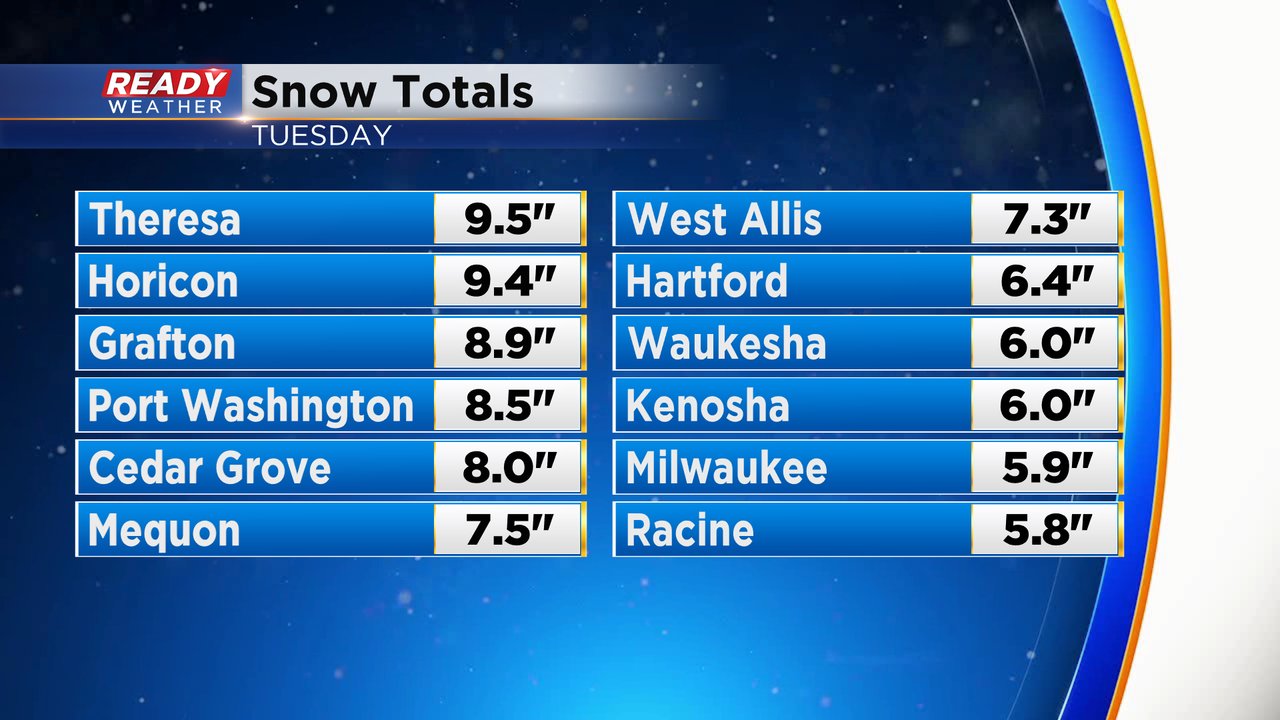 The 5.9" at MKE was the biggest snowfall of the season as it was for most of southeast Wisconsin. It actually puts us about 1.8" above-average on snowfall just for the month of January but we are still down about 6" from the seasonal average of 25.7". 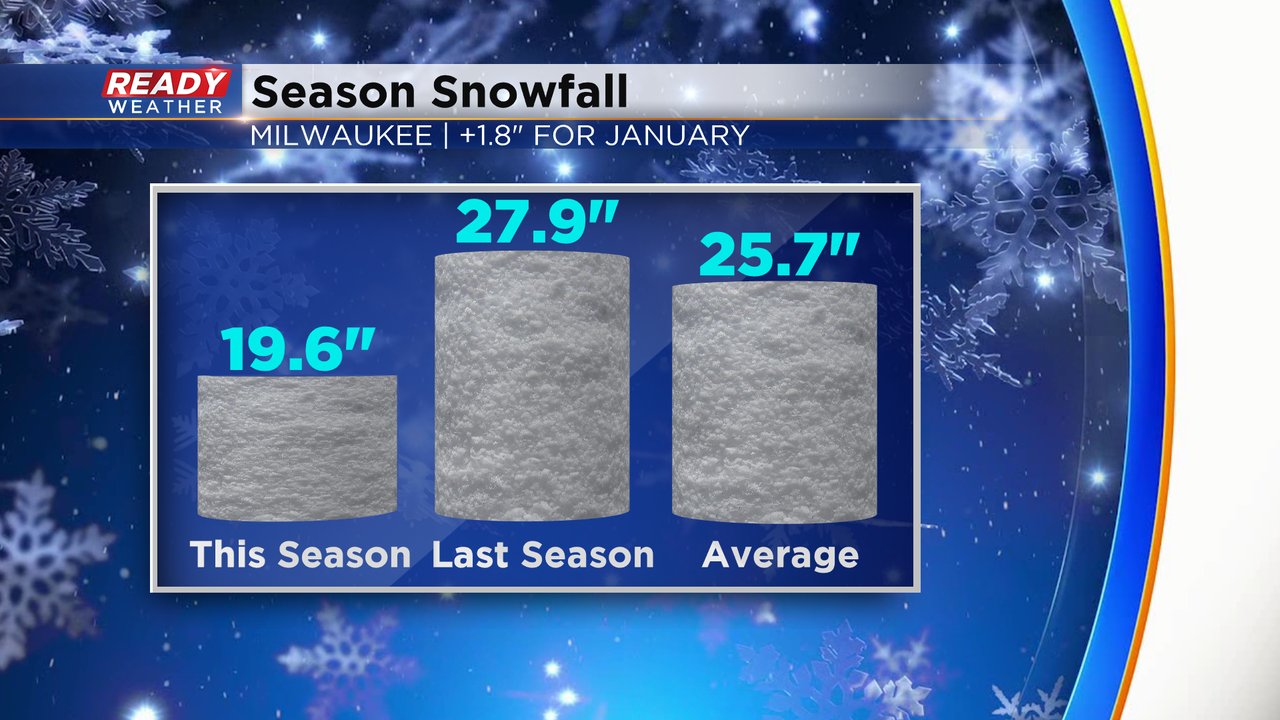 When you look at snowfall through January 26th over the last five years, so far this winter is fairly on track with most of them. The winter of 2017-18 is the only one that saw less snowfall with only 15.5" and last winter was the only one to see above-average snowfall by this point of the season. 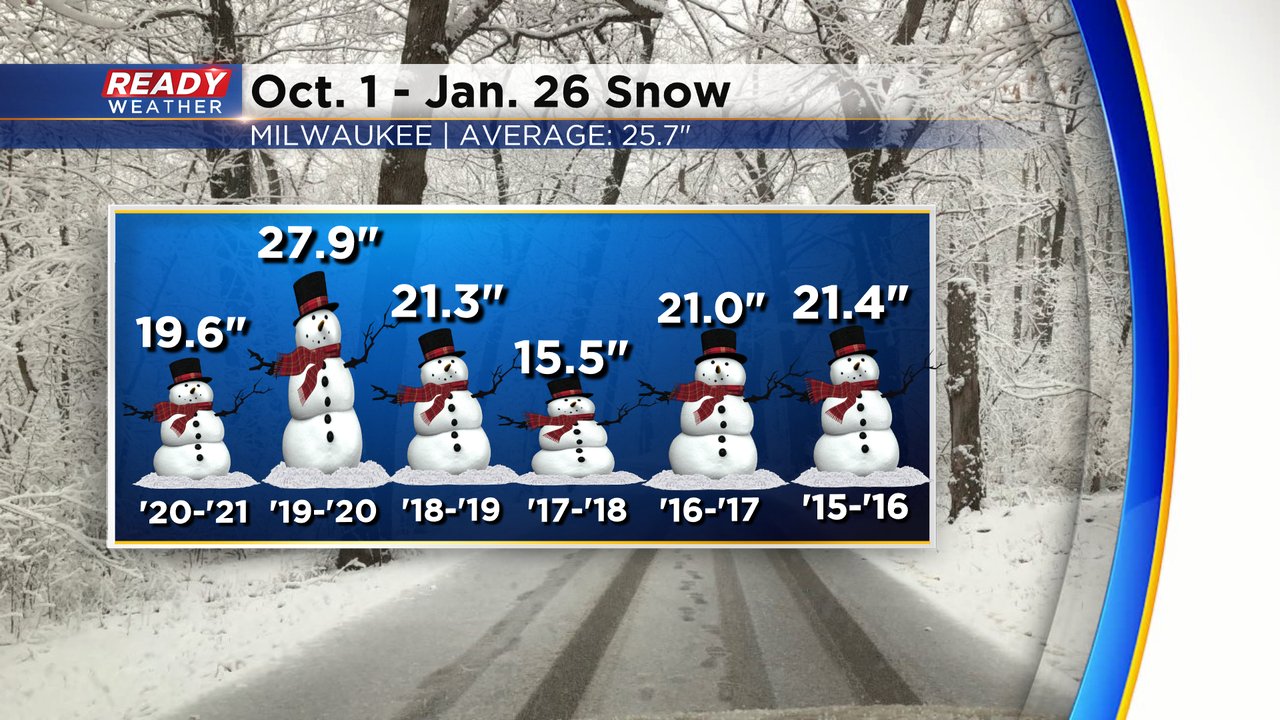 Download the CBS 58 Ready Weather app to track our next chance for accumulating snow that arrives this weekend.