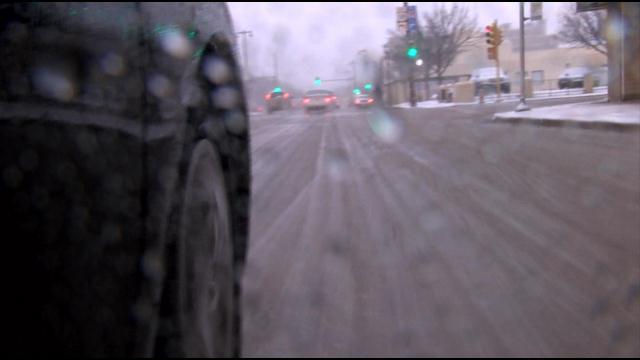 A mix of slush and snow made for a slow slog home Monday night.

Milwaukee Police were urging drivers to use extra caution during their evening commute. With roads slippery and visibility reduced, MPD received reports of 9 personal injury traffic crashes and 30 property damage only traffic crashes from noon to 5pm Monday.

The Milwaukee County Sheriff also reported more than a dozen crashes, six with injuries before 4pm.

Yolanda Bridges says she had a tense commute, \"I saw a lot of accidents on the way home,\" she said.

While the City of Milwaukee tells us they had more than 100 trucks clearing roads and laying down salt, motorists like Sharri Montgomery learned firsthand that the some roads were still slick. \"We just kind of slid, but we were going less than 30 (mph), so we were fine\" Montgomery said.