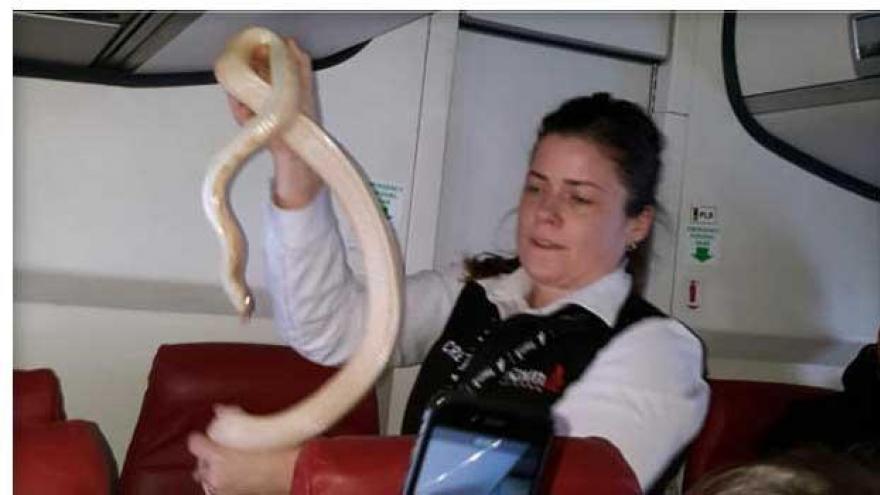 ANCHORAGE, Alaska (CBS NEWS)-- A snake carried onto a commuter airplane flying between Alaska communities caused a commotion this past weekend.

CBS affiliate KTVA-TV reports that the loose snake was spotted Sunday on a 90-minute Ravn Alaska flight between Aniak in southwest Alaska and Anchorage.

Snakes aren’t found in most of Alaska.

Photos show a pale snake about 4 to 5 feet long curled up under a carry-on bag. Another shows a flight attendant placing it into a trash bag.

“For the purpose of preserving cabin safety for the greater traveling public, Ravn Alaska prohibits all rodents, ferrets, reptiles, snakes, insects or any type of venomous or poisonous creature from being used as an emotional support animal,” Ravn Alaska spokesman William Walsh said in a statement to KTVA-TV.

He didn’t confirm the type of snake or whether the passenger could face charges.

The flight landed as scheduled in Anchorage.