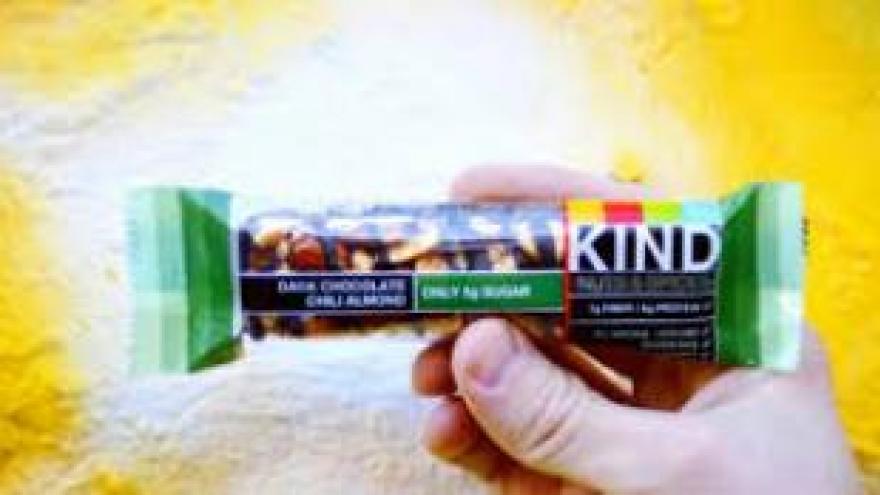 (CBS NEWS) NEW YORK - A $25 million pledge to fight the food industry’s influence on public health is coming from a surprising source - the CEO of a snack bar maker.

Kind founder Daniel Lubetzky says he’s pledging his own money to create a group called “Feed the Truth” dedicated to revealing corporate influence in the nutrition field, with activities like education campaigns and investigative journalism.

The move underscores the division between older “Big Food” companies and newer businesses that market themselves as wholesome alternatives aligned with health advocates. Kind, known for its fruit and nut bars, touts its use of “real” ingredients and has proven deft at mixing marketing with nutrition issues.

A public health and ethics expert not involved with the group says much depends on how it is set up, and that one tactic to neutralize potential critics is to engage them.

Three high-profile health and nutrition experts have been enlisted to name Feed the Truth’s board, which will hire an executive director. Lubetzky said he and Kind will have no involvement, and the group will be free to scrutinize the company. “We don’t have any skeletons in our closet,” he said.

Since Kind was launched in 2004, the company’s annual revenue has grown to $673.4 million, according to market researcher Euromonitor.

The company was in the spotlight after the Food and Drug Administration warned that it was inappropriately using the term “healthy” on packaging. Kind launched a petition asking the FDA to update its guidelines, saying the fat in almonds and avocados shouldn’t count against it, and declared victory when the agency said last year it was re-evaluating.

Lubetzky cited that experience and recent reporting by The Associated Press and The New York Times revealing the food industry’s influence on nutrition science for his decision to create Feed the Truth. Kind said he will sign a letter of intent to donate $2.5 million a year for the next 10 years.

The irony of such a group being established by a snack bar CEO is not lost on Marion Nestle, a professor of food studies at New York University who is helping nominate the board. She said she usually keeps industry at arm’s length, but found Lubetzky “very persuasive” and felt Feed the Truth could raise awareness about corporate influence in nutrition research.

Deb Eschmeyer, a senior policy adviser on nutrition under the Obama administration, said the project reflects the new ways companies and executives are engaging with the public. Michael Jacobson, executive director of the advocacy group Center for Science in the Public Interest, said the money being pledged in advance should help give the group independence.

Kind said the three advisers are not being paid, though it covered Nestle’s travel costs for a meeting. The company said it would not be involved once the board is established.

Leigh Turner, a professor at the University of Minnesota’s School of Public Health, said that whether the group remains free from Lubetzky and Kind’s influence remains to be seen. He noted that engaging critics is one way for companies to neutralize them, and that the group could be a boon to Kind’s image.

“This is a business that wants to present itself as a healthy alternative to candy bars,” Turner said.

As an example of how Kind presents itself, the company launched a “Nutrition Collective” for dietitians last year, which it said was for discussion of major public health issues. A signup page said members would not be paid, but being involved included letting people how “Kind can be a part of their new lifestyle.”

Although Feed the Truth may boost Kind’s image, Lubetzky said that wasn’t the goal.

“I would hope that people say, OK, these guys are doing the right thing for society, I’m going to be more loyal to the brand,” Lubetzky said.