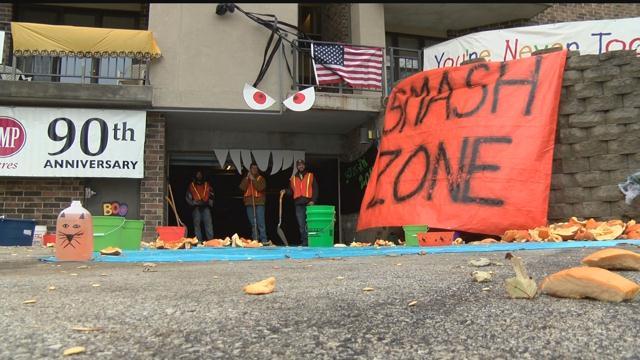 Folks were having a little Halloween fun on Thursday at VMP Manor Park on Milwaukee's southwest side where they smashed pumpkins.

This is the third year for the Halloween hijinks. Ten teams dropped pumpkins from a fourth floor balcony rying to hit the bull’s eye.

“Oh it was great, several of us got a bull’s eye, I think I got two of them,” said Arlene Farina.

And the winning team received a trophy and a pumpkin pie, not made of the smashed gourds.