After a picture perfect Sunday with abundant sunshine and temps in the low 50s, it’s almost cruel having to talk about another snowstorm. However, Mother Nature will remind us that it is still February come Tuesday and Wednesday as two slow moving systems come together to bring us accumulating snow. 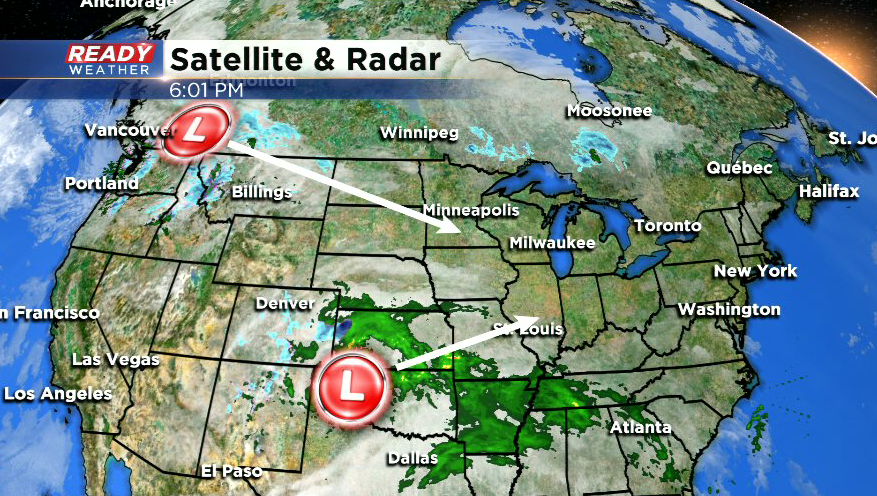 Monday looks to be a transition day with increasing clouds as one system approaches from the south. Dry conditions are expected throughout the day with no concerns for either commute. Snow will cross the WI/IL border from the south around midnight and slowly push northward into Tuesday morning. At this point, snow will be fairly light, but wet, with slippery stretches expected from the Milwaukee metro and south for the morning commute. 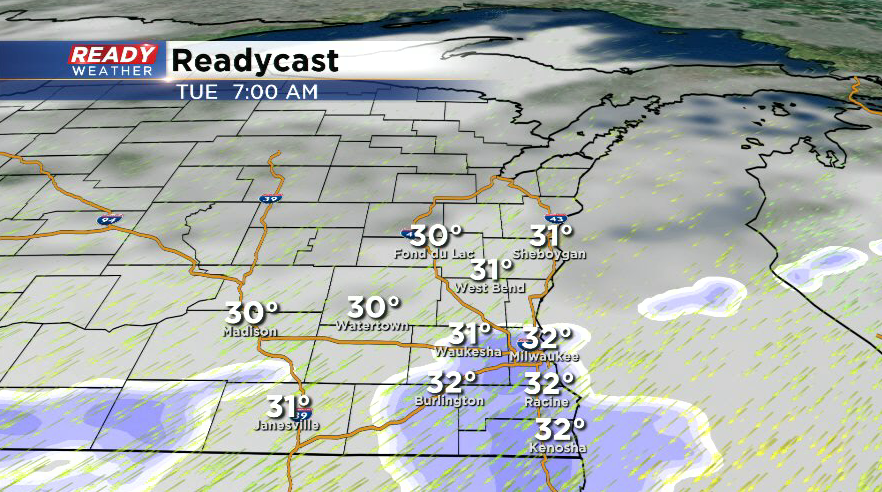 Locations northwest of Milwaukee likely won't see the snow begin until midday Tuesday. Snow will pick up in intensity late Tuesday afternoon through Tuesday night. This is when the heaviest snow and greatest impacts are expected. 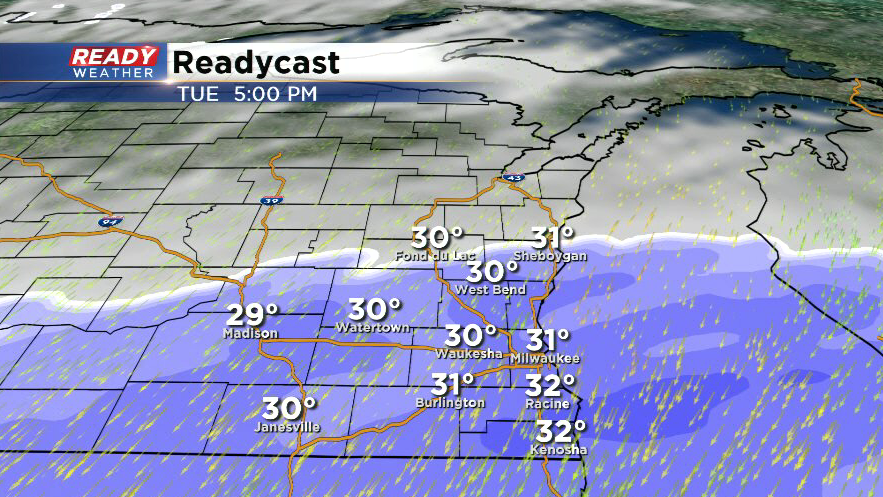 Strong northeast winds gusting over 35 mph will provide some lake enhancement during this time, along with causing blowing, drifting, and potentially power outages due to the heavy, wet nature of the snow. Expect road conditions to deteriorate during the Tuesday afternoon commute, with major impacts on roads by the evening. 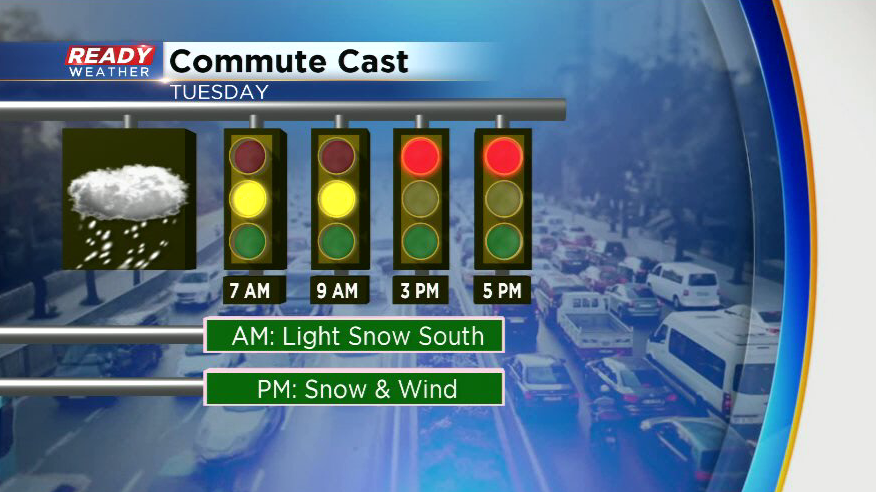 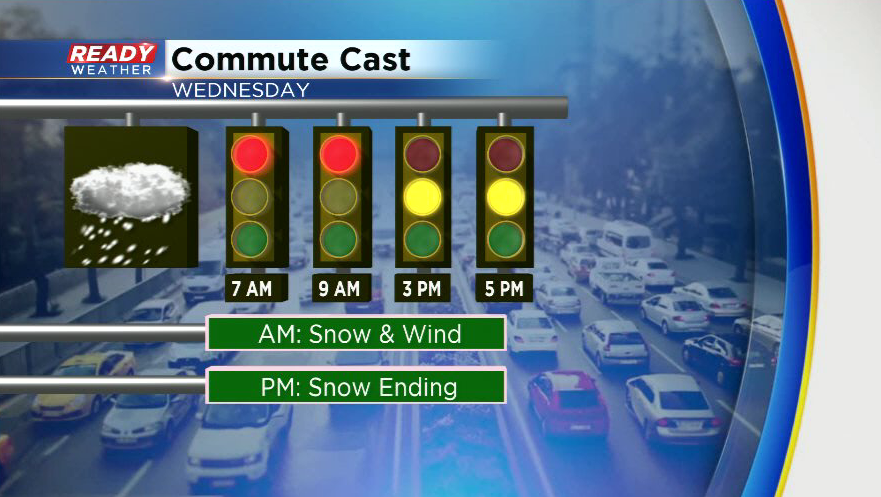 The greatest uncertainty continues to be the exact track of this system and where it’ll be located when it strengthens Tuesday afternoon and evening. This will impact how much snow falls and where the sharp cutoff to the north will be located. This snow total map is PRELIMINARY and will likely change over the next 24 hours. 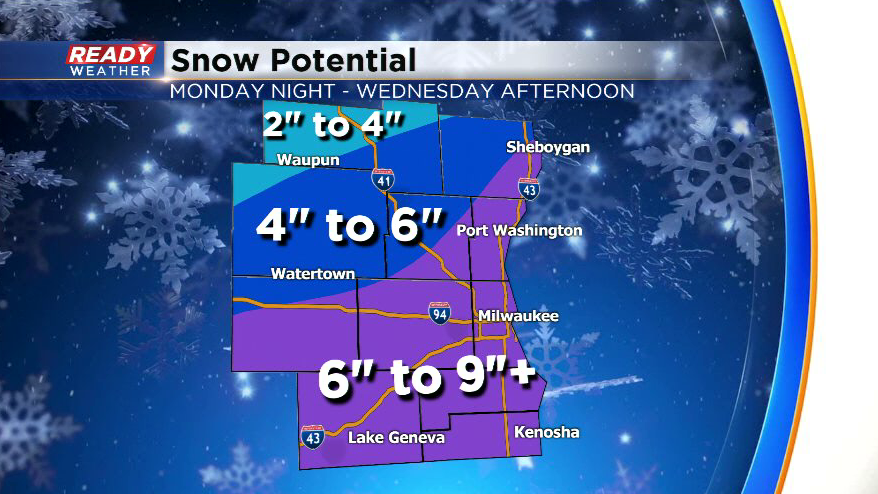 What we do know is the highest snow totals will likely be found along the lakeshore and closer to the WI/IL border, with the least amount of snow expected in northwestern Fond du Lac county. Currently, a Winter Storm Watch is in place for the entire viewing area for Tuesday morning through Wednesday afternoon. 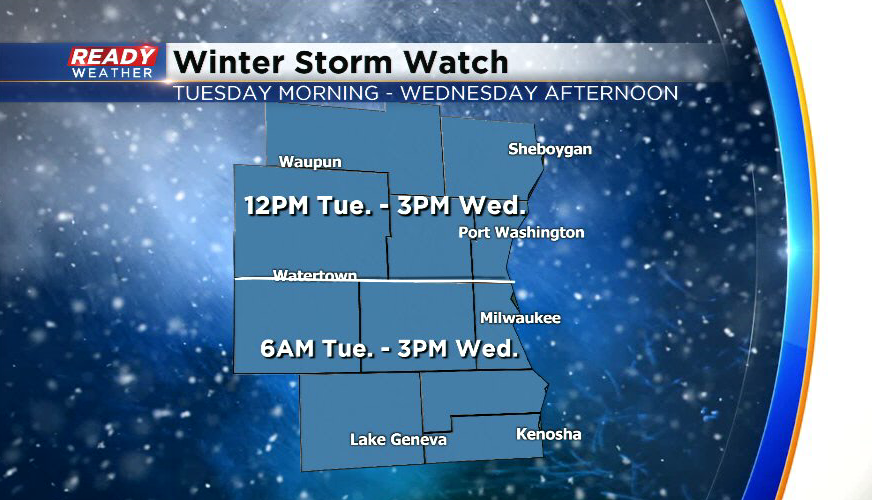 Check back for updates over the next 24-36 hours.