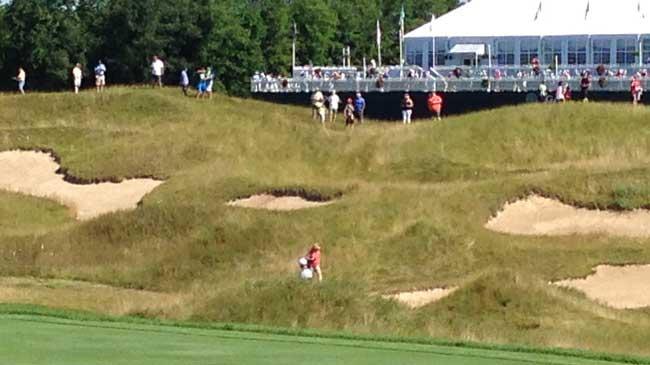 Day two of practice at Whistling Straits and the excitement is building for the first round of the PGA Championship on Thursday.

Two hundred thousand people are expected to attend here along with the thousands of volunteers.  Like the slogan says.  This is major.

This sun splashed day is filled with spectators, players, and some politicking too. At the Championship Breakfast various dignitaries were on hand including Wisconsin's two U.S. Senators.

The course is beautiful.

It means a boost to the economy and tourism.

A focal point on the links this Tuesday was the long drive competition. One PGA expert CBS 58 spoke with said distance is only a part of the game itself.

“Learn how to manage your own game and play against the course.  Don't have to hit 305 yards to love golf,” said PGA expert.

And the fans from far and wide are just happy to be part of the frenzy.