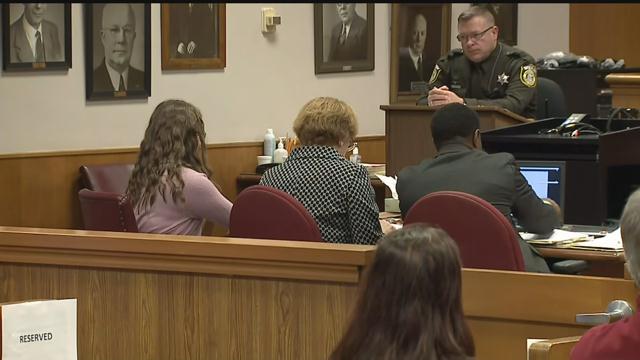 Anissa Weier, one of the two girls accused of stabbing their classmate in 2014 to please the fictional character "Slender Man," was in court for an evidentiary hearing on Thursday.

A judge heard testimony to decide whether or not the statement’s Weier gave after her arrest can be used as evidence in a trial.

A lot of the focus in Thursday’s hearing surrounded whether or not Weier understood her Miranda Rights.

The court first heard testimony from Waukesha Police Detective Michelle Trussoni, who interviewed Weier after she was arrested and brought to the department.

Detective Trussoni said that she read and asked Weier if she understood her rights.

Weier agreed and immediately began explaining her recollection of what happened without being asked.

There was also testimony from Dr. Anthony Jurek, a forensic psychologist, who spoke with Weier 9 days after she was questioned by police.

He said he believes Weier understood parts of her rights, but not fully. He also mentioned that she didn’t realize she was being interrogated to generate evidence.

Before court adjourned, Weire’s father, Will testified that he was not allowed to speak with Anissa during the interrogation process.

Weier’s attorney said it was important the judge hear that.

A judge will decide in February if the Weier’s statements can be used in a trial.

The judge is also considering if statements made by Morgan Geyser can be used against her.